This is part three of the post Painting process (wip) with more step-by-step photos.

Here is Part I, and Part II. Read on to follow the progress:

This is his is what happened in the first 58 hours.

One thing that I forgot to mention earlier is that all colours are mixed from the three primary colours; cyan, magenta, and yellow. Black and white are also allowed, but nothing else. It's been like this from the start.

Let's take another step - all of the following has been done in 2012: 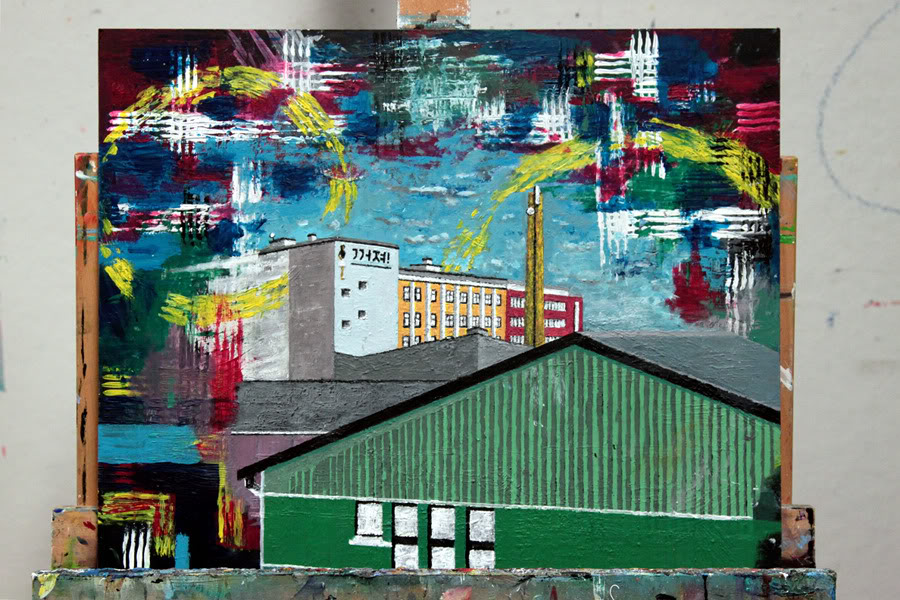 All work this time was done on the front of the front building. Shifting the middle section upwards and getting the placement of the windows right. With this done, let's move on: 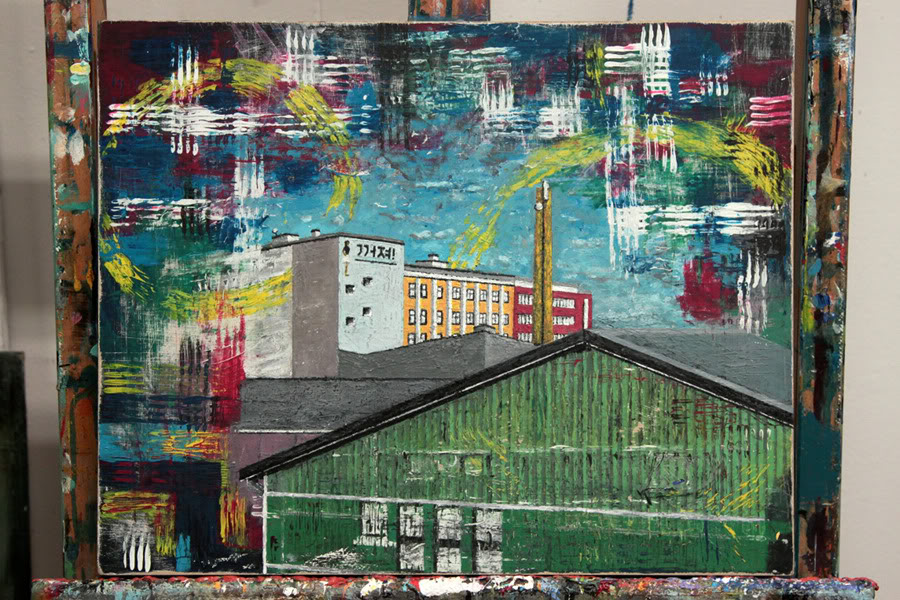 Enter another of those... "oops, what happened?" moments. Well, sandpaper happened. And a little bit of detail painting, mostly invisible. This was a short session.

The surface on the front building had to be sanded down in order to get a smooth texture. Things like that have to be seen live, as a photo does not really reveal it. The abstract elements also got a little sanding.

Now it's possible to see past layers on the front building. I considered keeping it like that, but chose not to: 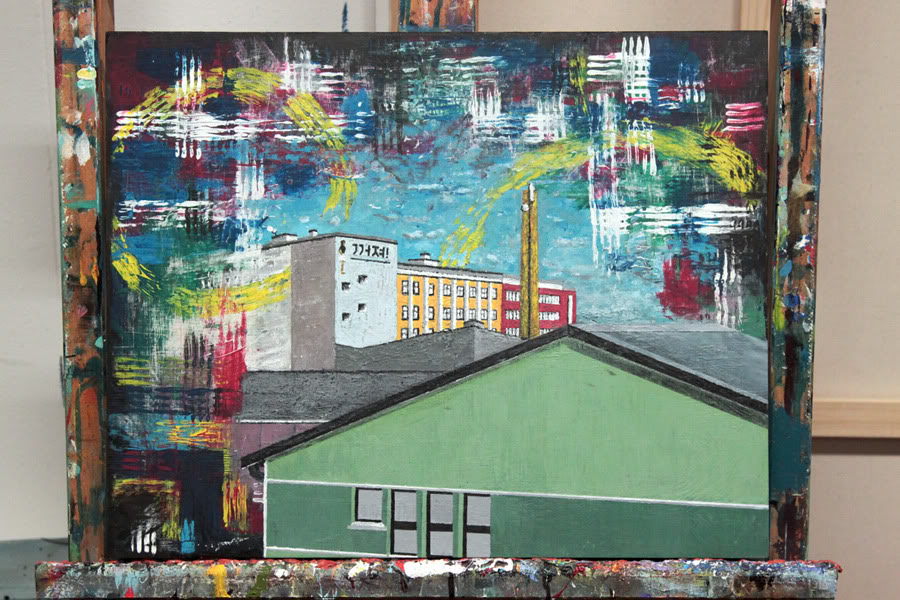 Now the front building outline, and window placement is basically done. Also, the roof is almost as it should be. A lot of detail work still remains to be done. Let's move on: 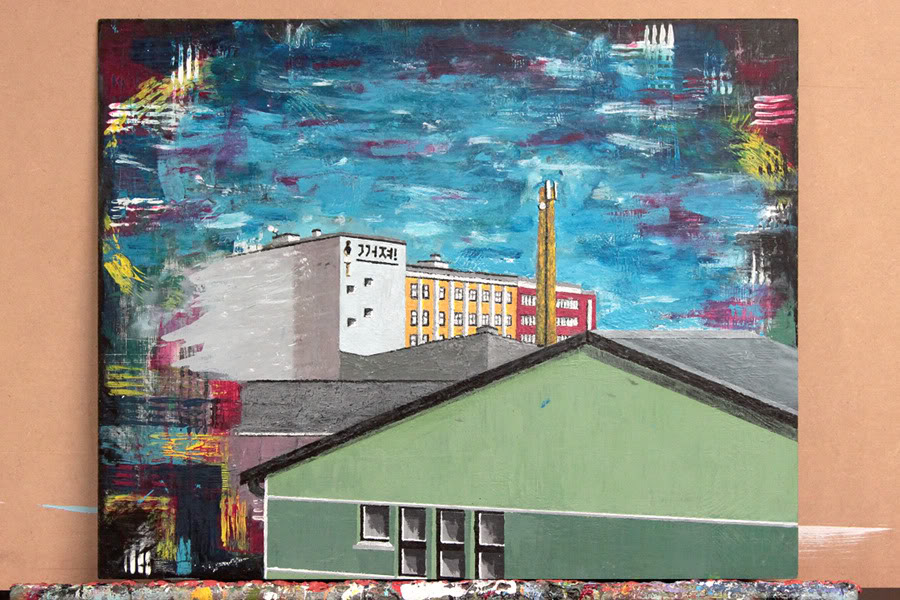 Multiple things happened here: First, the windows in the front building were touched-up. Then I had to remove most of the remains of the two yellow circles that had been part of the picture from the start.

Oh, and the chimney had to have another cell phone aerial added, as one had been added to the real chimney since I started the painting. 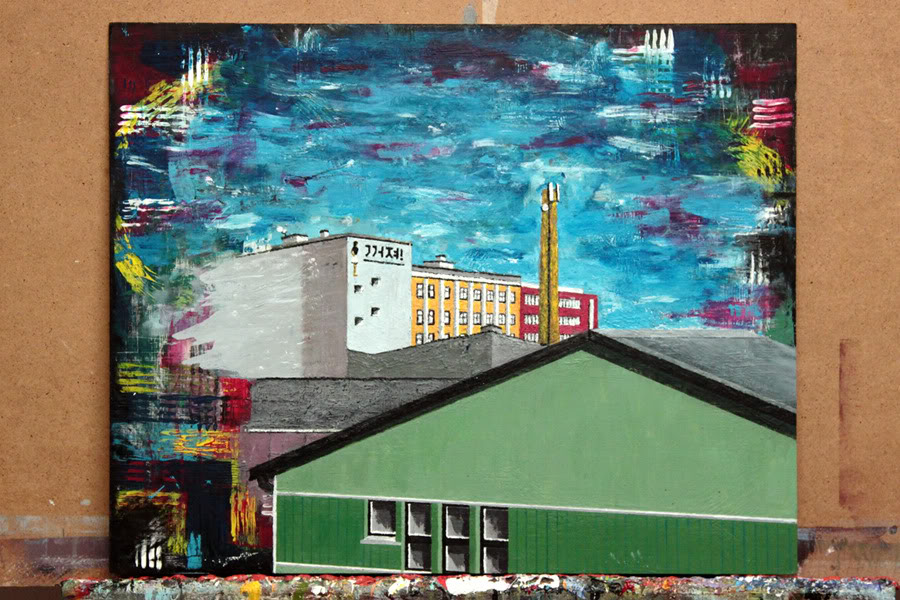 You won't be able to spot much change between this and the previous photo. The reason is that I had a small accident: I spilled black paint over the front building. So, I had to re-paint it. The windows remain unchanged except for a small touch-up of the window frames.

Oh well... At least I had time to get started on the vertical lines. So, something good came out of it anyway. 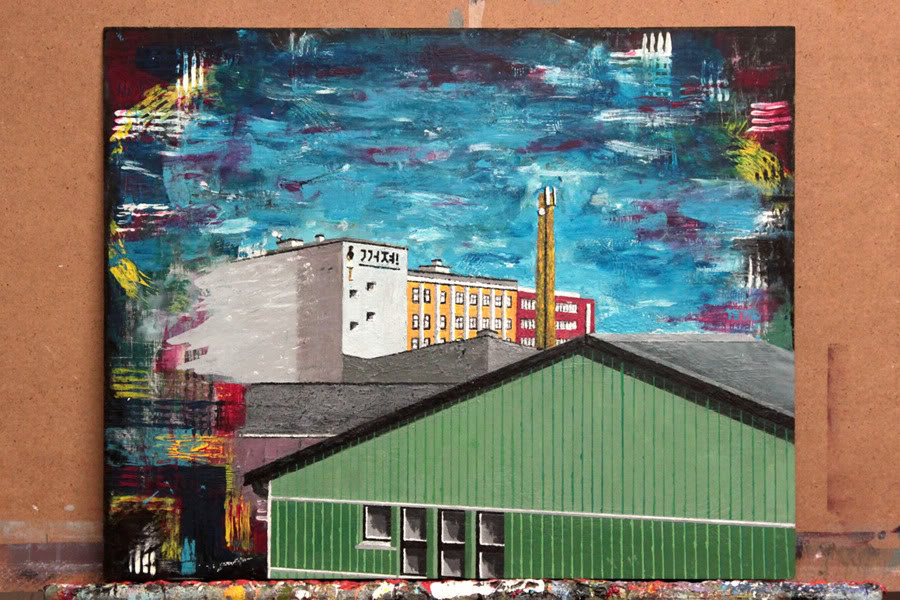 Four hours of painting vertical lines. And I'm not finished yet - it still needs probably at least another 4 hours. 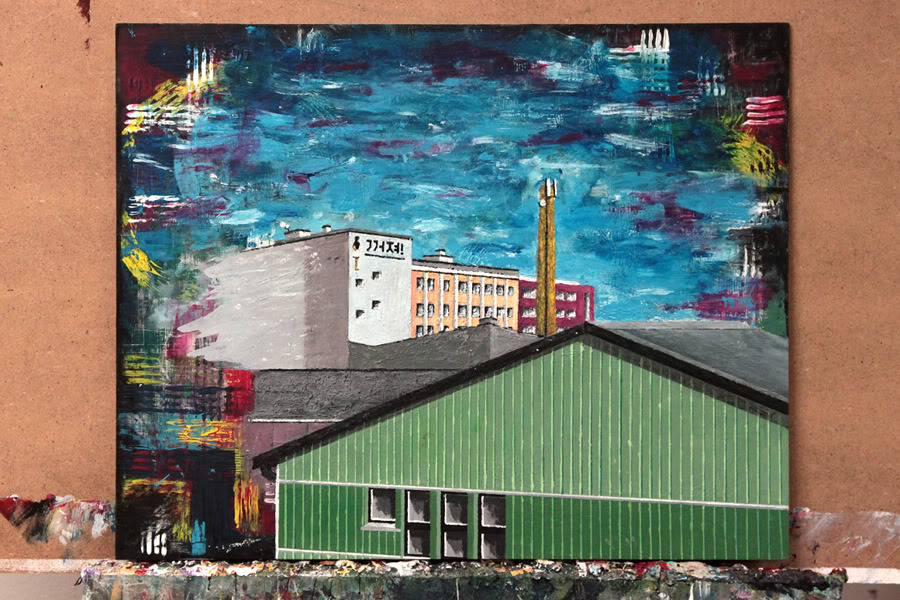 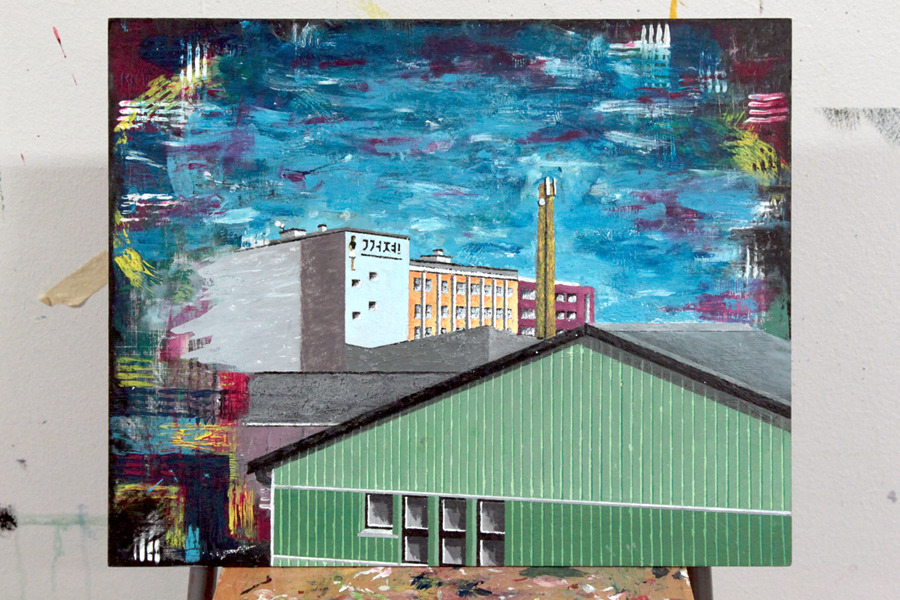 More work on the background houses.

Read on in part four.