This is part two of the post Painting process (wip) with more step-by-step photos.

To start off, here is the painting as we left it: 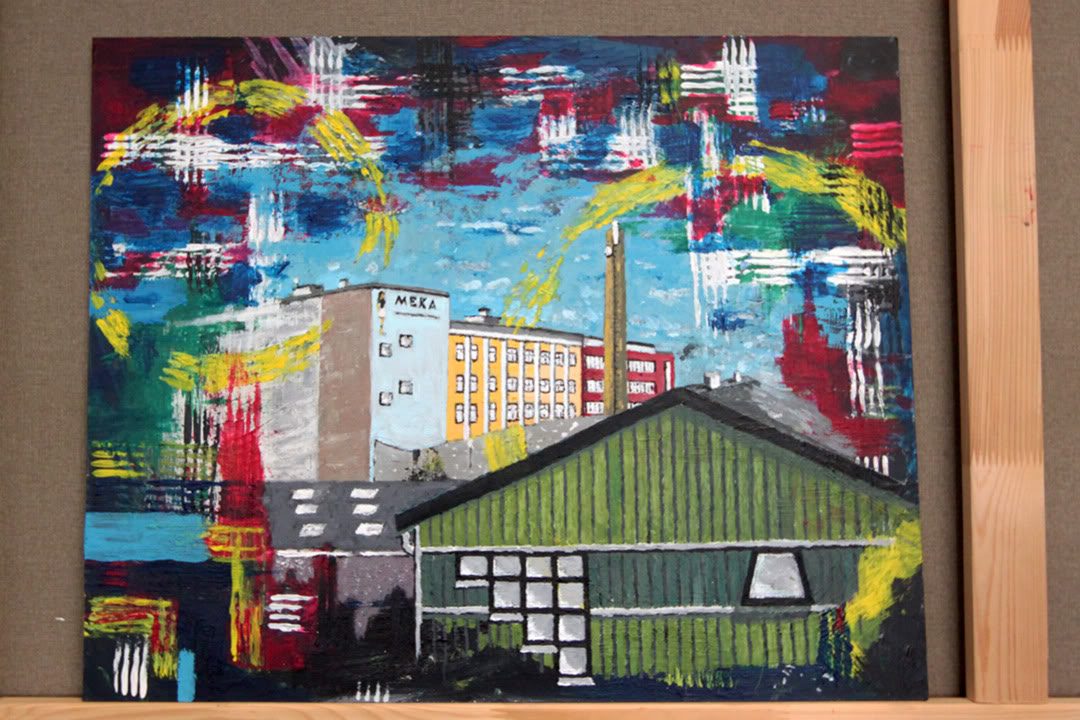 From this point the photo shown in the previous post has been used as a partial reference. However, that photo is taken from a different angle than the painting, so it has a different perspective. It has only been used as reference for the foreground green building.

Here it is again, after a few hours more. Some changes had to be made to the foreground of the painting: 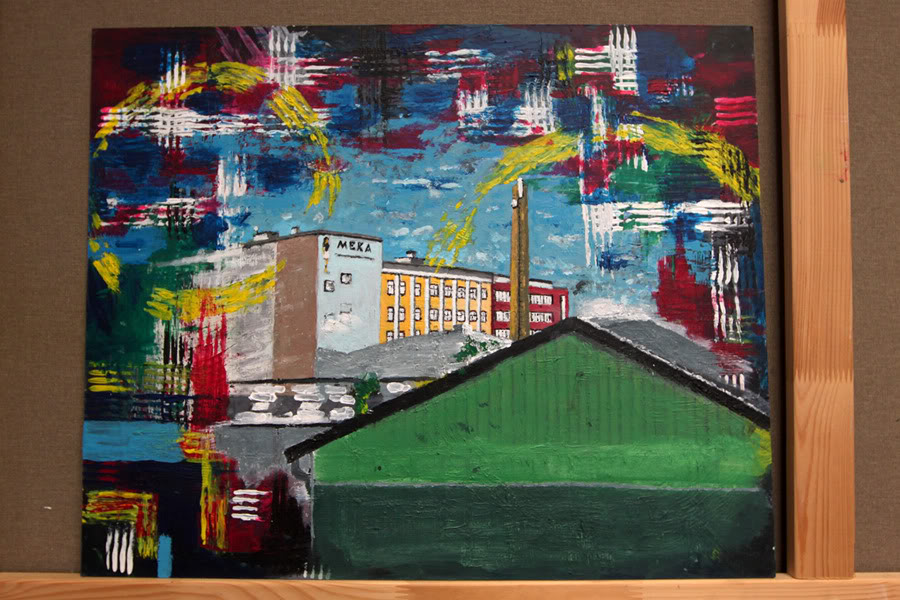 That's the backside of the coin when working entirely freehand (ie. without doing a sketch first) - if something has to be corrected in the process it may imply that a lot of extra work has to be done. So, even with more work hours added, it looks less finished. 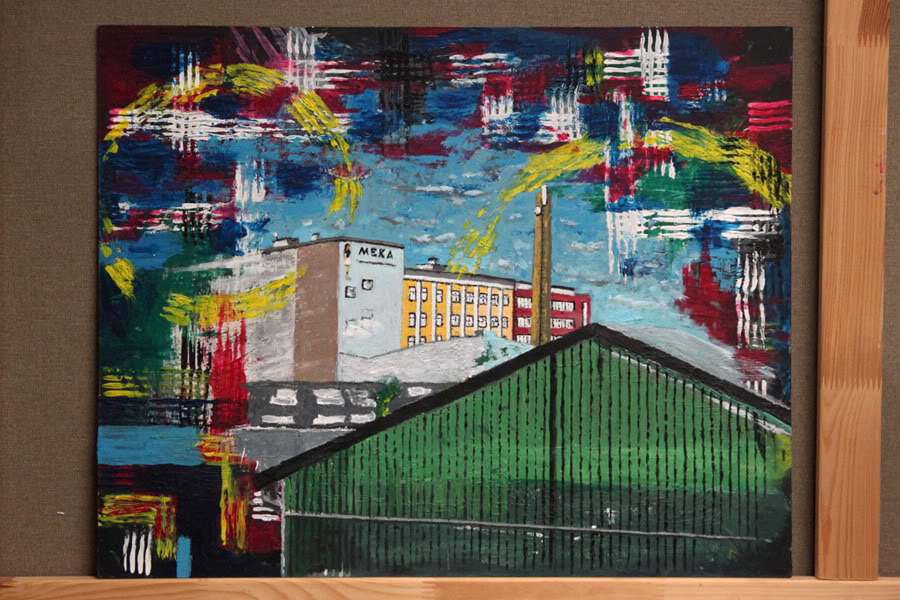 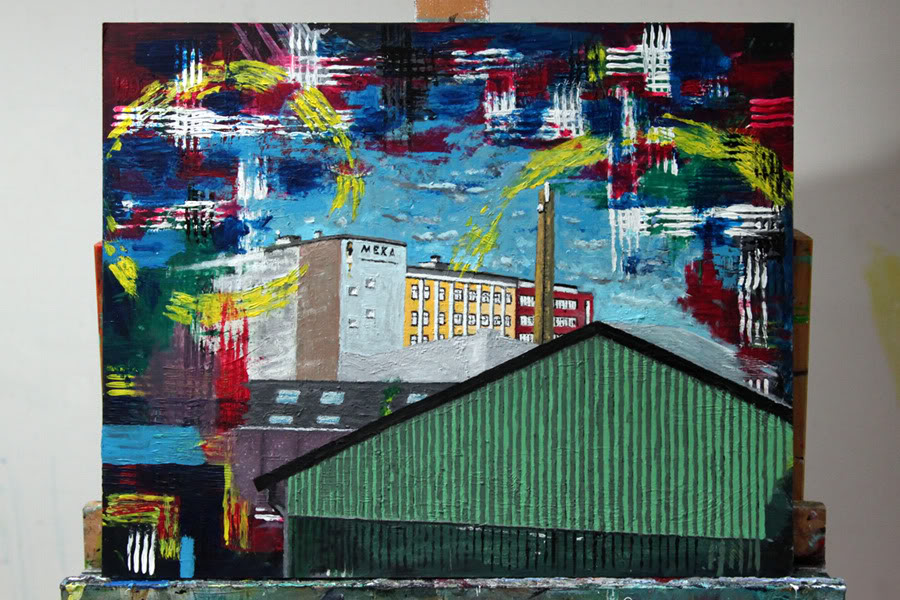 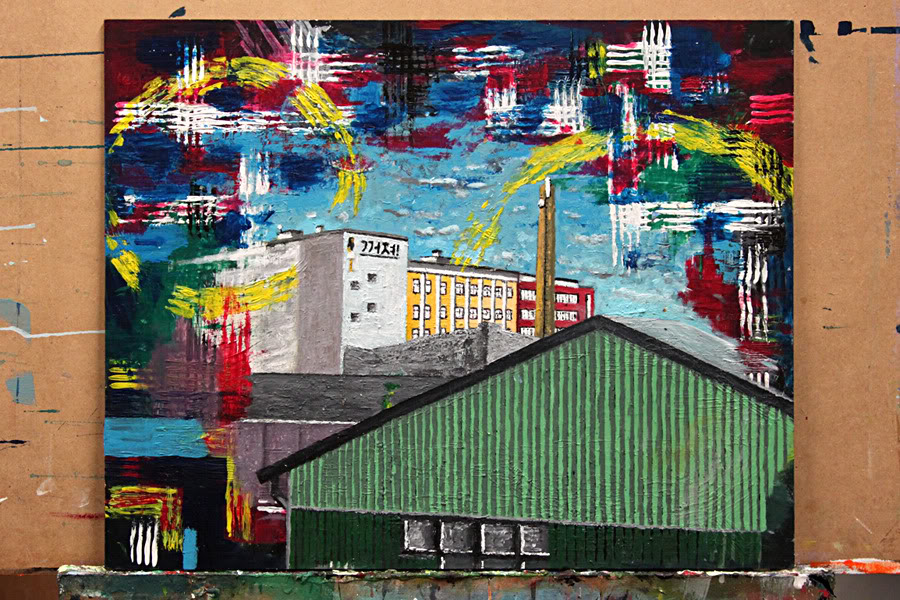 The commercial text on the wall has now changed from "MEKA" to a text in Korean. (a very unpolite way of saying "go away", like "f**k off"). This was not done to be offensive towards Koreans but instead because I think many commercials are offensive. To amplify this I turn the commercial language upside-down. And using Korean letters as it's a more graphical alphabet, very clear-written and modern. To most non-koreans this will look like any other commercial text, although they will not recognize the brand name. The former shop by the name of "MEKA" advertised here, has been shut down.

The view is from the painting studio at Kofoeds Skole.

Mostly detail work this time, which means that it's hard to see what has changed. 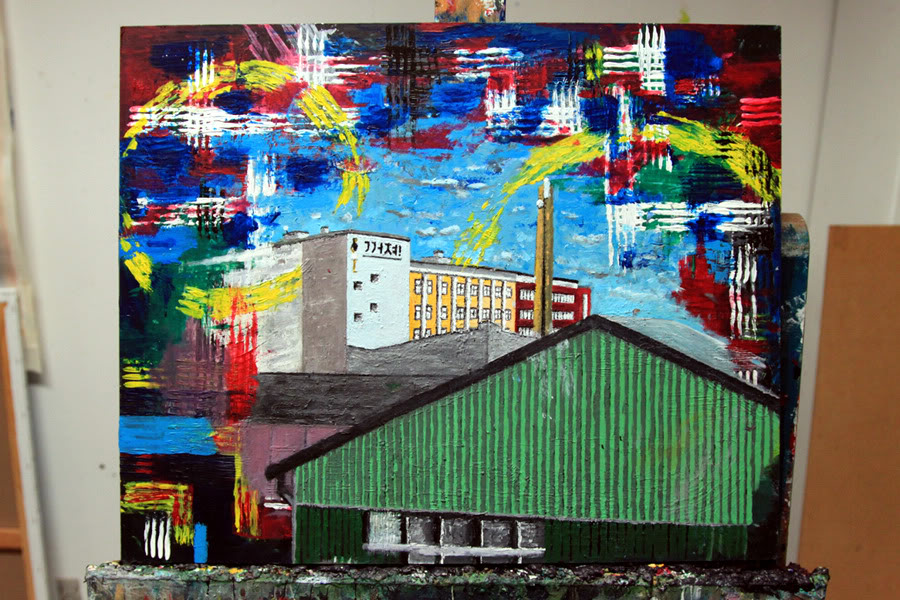 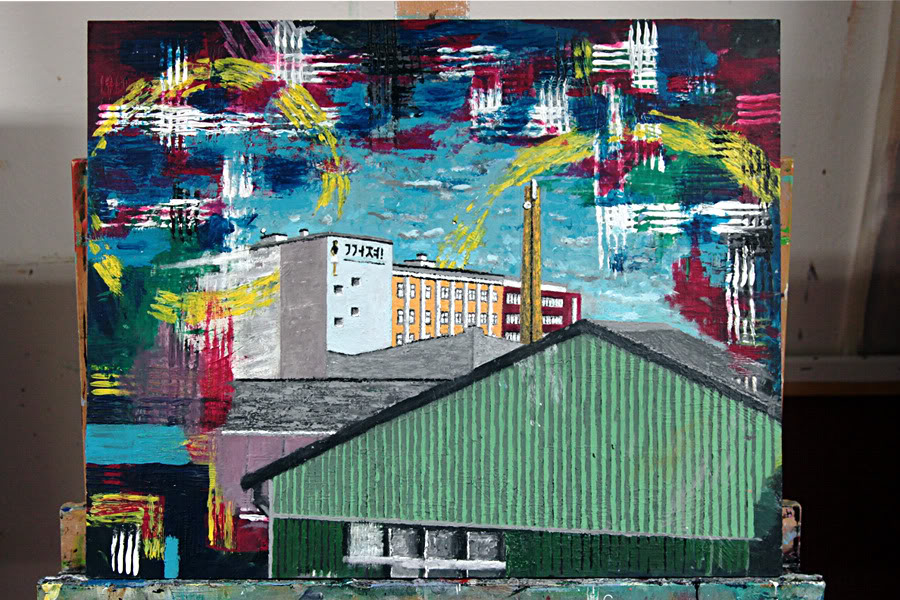 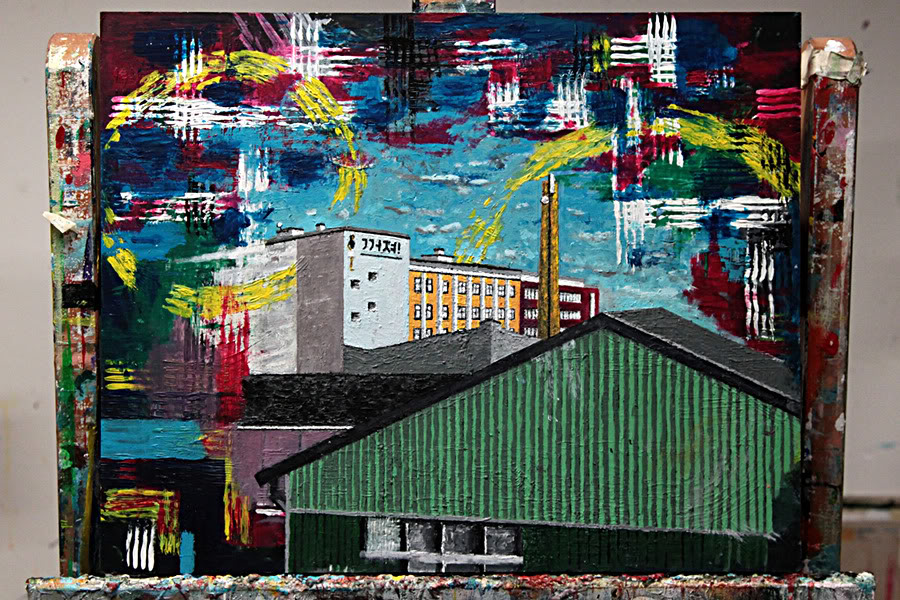 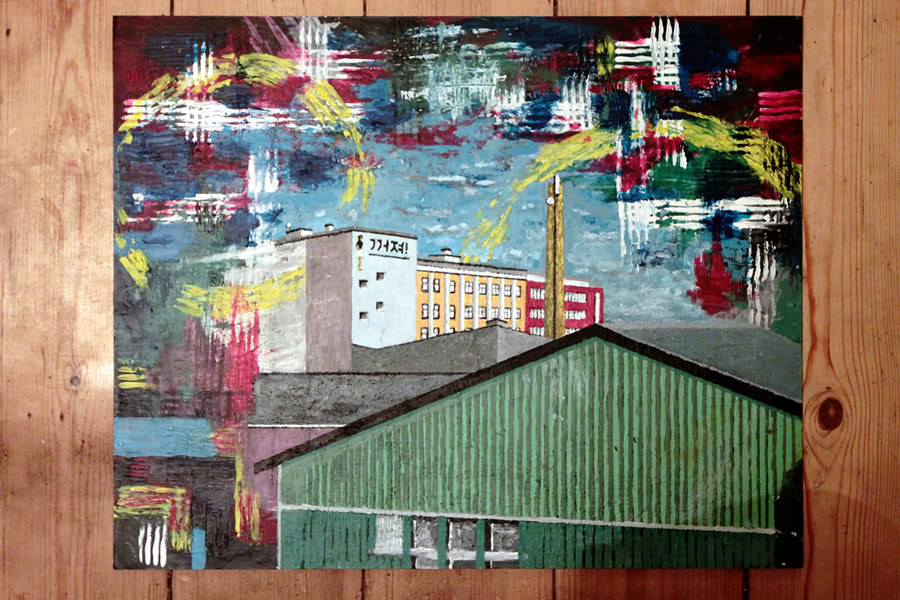 The last photo is a little bit unsharp.

Now all major lines and angles in the building section are more or less as they should be. Getting those right was the focus of the past 9 sessions.

It's getting winter here, which means that there's not even half as much daylight now as when the painting was started. So, future work will be based on reference photos for a while.

Read on in part three.