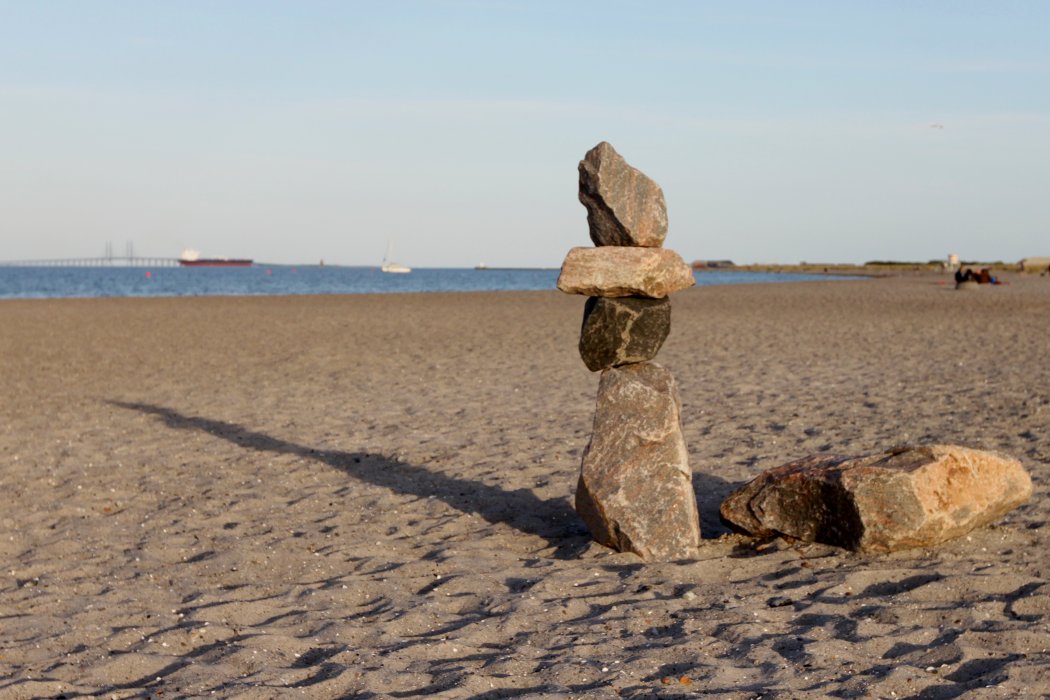 Read on for photo of stack #2 and a small discussion of the terms "stone" vs "rock".

Is it "stone" or "rock"? Well, I personally use the term "stone" because it is closest to the Danish term "sten". In Danish, there is no word for "rock". Perhaps this is because the ground below is not rock except for the island of Bornholm, a small island far away from mainland Denmark (oh, and Greenland and the Faroe Islands, but I often allow myself to consider these areas countries in their own right regardless of former Danish colony status and unclear current legal status). In Danish any "rock" is simply a large "stone" and "stone" is also the material "rock" is made of (except we call the "rock" specific type names eg "cliff", "bedrock" etc, not just "rock" - and then the "stone" that the rock is made of will often be named by type, eg "granite" which also comes in several distinct sub-types.)

And then because rock (in English, and opposite to Danish) for me is the material stone is made of, thus making a stone a small piece of rock. Rock, imho, is generally of a larger size than stone, and not easily movable (if free standing at all). In English bedrock, cliffs, skerries, etc would also be (made of, and nicknamed) "rock", imho (in Danish these things do have distinct names just like in English but these names are just not "rock").

The large stone bottom right in the photo above is about the size where it becomes too heavy to lift for 2-4 persons united using no tools except hands. Still, due to it being relatively small in size (around one metre in length) I would still call it "stone", personally. I think this size is around "boulder" size in USA-english, but then maybe all stones on the photo above are "boulders", I do not know.

For balance #1 (above) the bottom stone was too heavy for me to lift with bare hands. I tried to maneuver it onto the top of the large stone/rock beside it but I could not. Later (too late) I figured out a technique that might enable me to do so.

Stone #2 (the black-ish one) was very heavy for its size, almost as heavy as the two top stones combined. I do not know the exact weight of any of these stones. 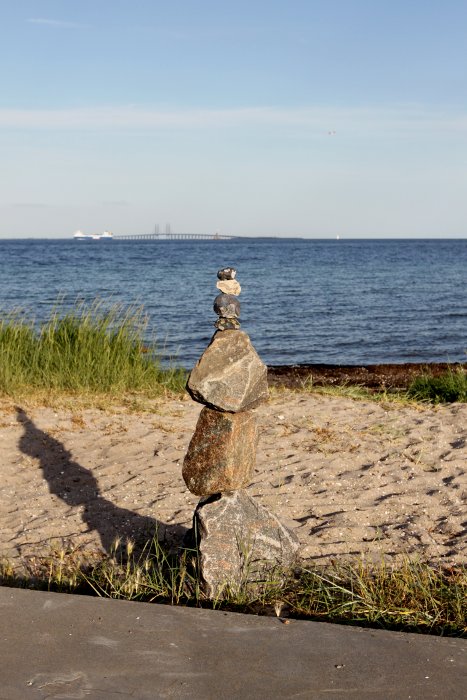 For stone balance #2 (which was actually made before #1 but the timing is not important here) I made a second balance on top of the top stone using 4 smaller stones.