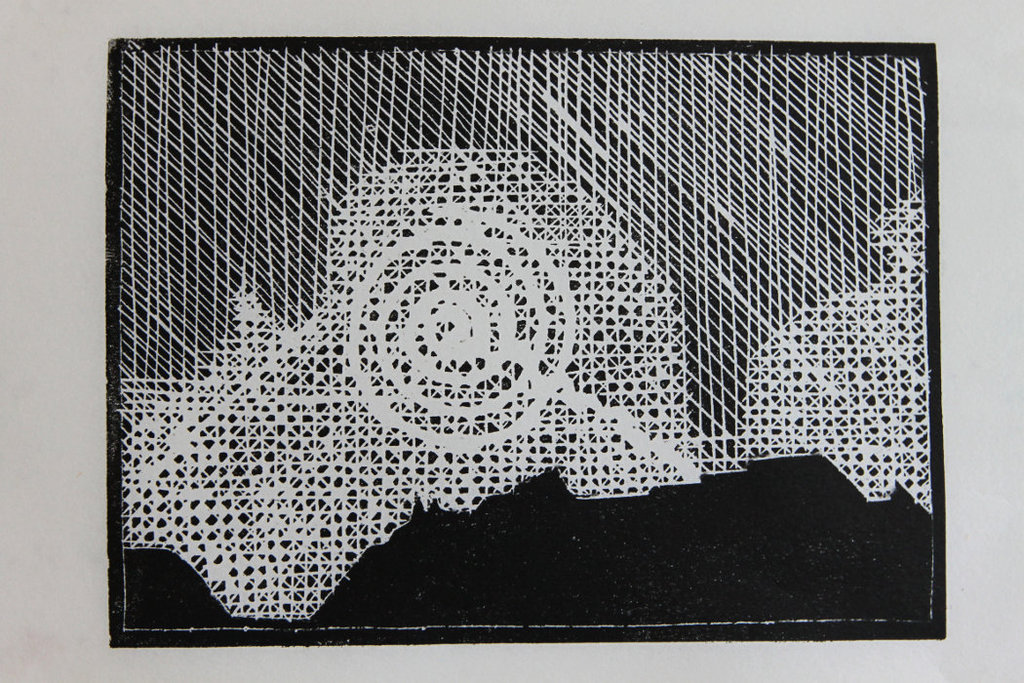 This was inspired by the December 2009 spiral light anomaly over northern Norway. The photo below shows the event as seen from the island of Skjervoy, 90km north-east of Tromsø.

Some Wikipedia information here, a thorough analysis with more photos here, and a controversial explanation here. The alt-arch (or, pseudo-arch) -inclined people among the readers may want to revisit images from Dendera (tongue-in-cheek). 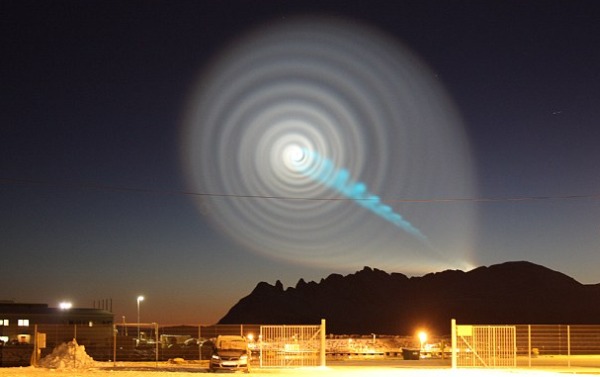 The generally accepted (or "official") explanation is that it was a test firing of a new missile in the White Sea gone wrong. I recall seeing grainy low-quality footage of this test firing (allegedly released by Russian military). I also remember seeing a video of the Norwegian event. Some of this may still be found online.

This event still puzzles me and acts as a source of inspiration.

Being interested in archaeology and pre-history I have not been able to avoid the seemingly omnipresent spiral shape. See this (!) So, of course my first thoughts were along the lines of this:

I drew a rough sketch some time after the event (not shown here). August 2018 I found the event photo above. I do not think that this was the photo I used for reference as the outline of the mountain range is somewhat different above, indicating a different photo angle.

The carving style is fast and relatively sloppy. There are lots of uneven lines, unevenly spaced lines, and even lines that cross contours slightly. This is a deliberate departure from my usual very controlled style. It gives a somewhat "sketchy" or "drawing-like" appearance to the print, which I like.