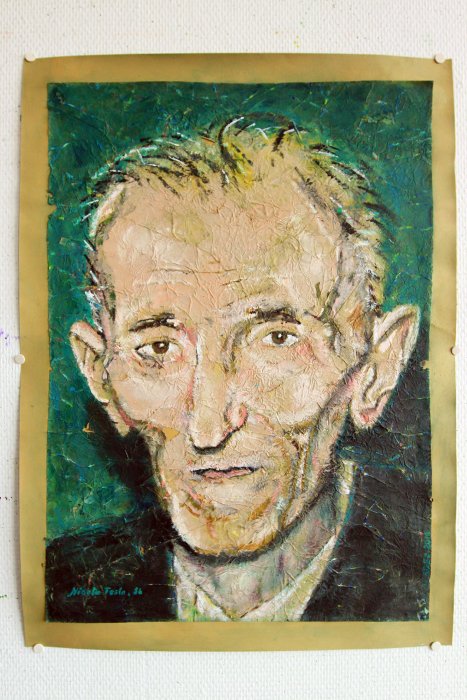 As a reference I used the last publicly available photo of N.T. taken in 1943. He was aged 86 and died the same year.

Care has been taken to get the colours of the photo above as close as possible to those of the painting. 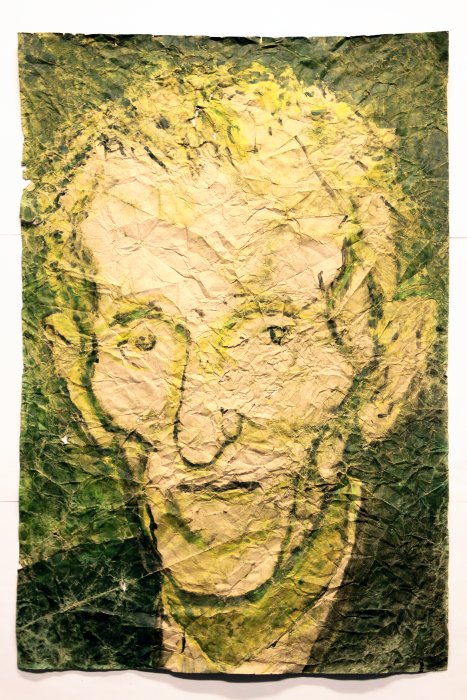 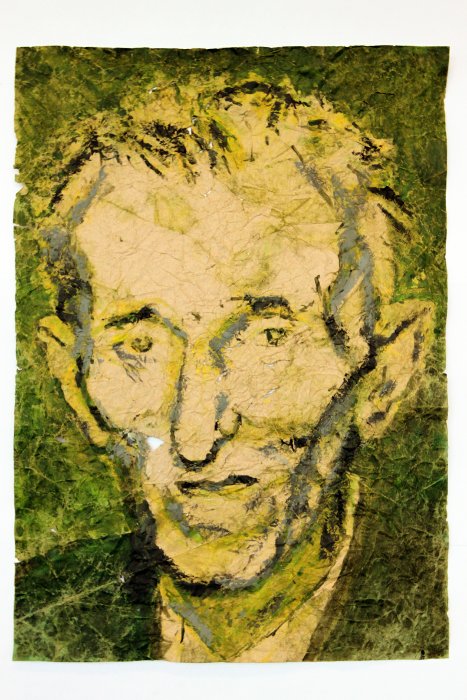 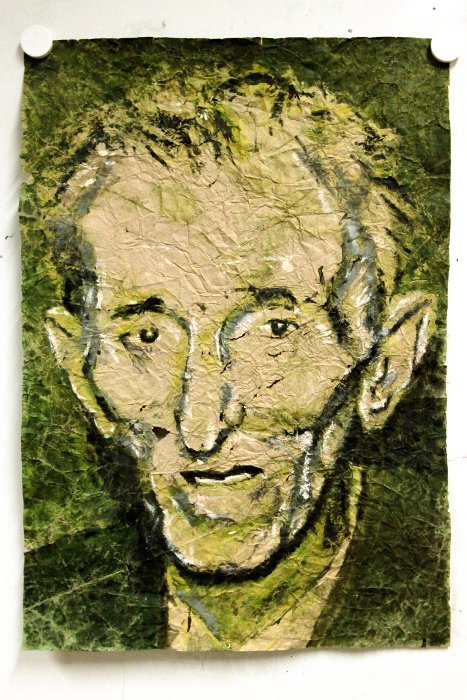 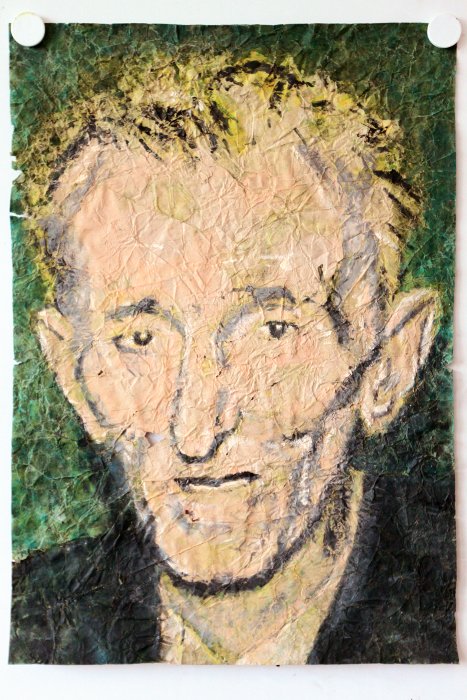 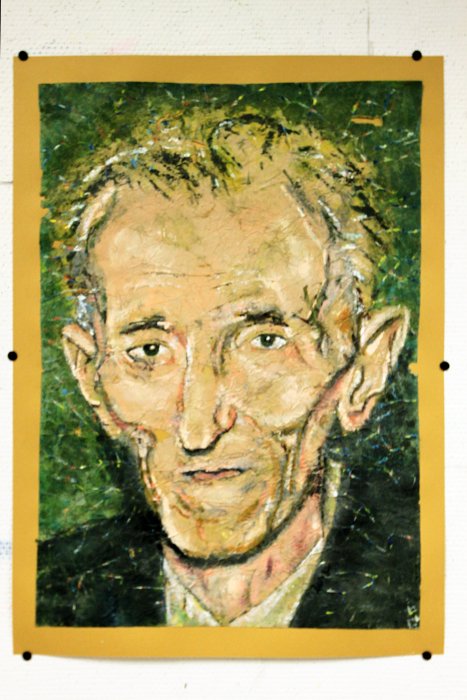 State 1 was a (now invisible) watercolour outline. State 2, 3, and 4 were "verdaccio" layers. For state 4 highlight and deep shadow has been added as well. For state 5, an initial red-ish "white" skin colour has been added, and the background has had blue added. The paper -- which is a rather rough, not bleached, quality -- was manipulated on purpose (state 2) leaving folds, cracks, and holes.

The reference photo had no colour ("black/white"). I have no knowledge about N.T.'s eye colour, so initially I made them green, to match the underlying colour scheme of the painting. However, his origin and hair colour as a younger man sugggests that his eyes could possibly have been brown, so for state 7 his eye colour was changed into brown.

Please note: colour variations from state 2 to state 4 may be due to different light conditions during the photo shoot. The majority of the images should have very similar colour spaces from state to state. Eg. large parts of the forehead is not even painted yet, as of state 4, so this part should be identical across photos. The state 3 photo was taken under a red-ish "daylight" LED lamp while the state 4 photo was taken under a blue-ish "accurate colour" LED lamp. None of these are neutral.