Diptych with Black and Orange

Here's the second study/draft for "Diptych with Black and Orange"... this time on canvas. 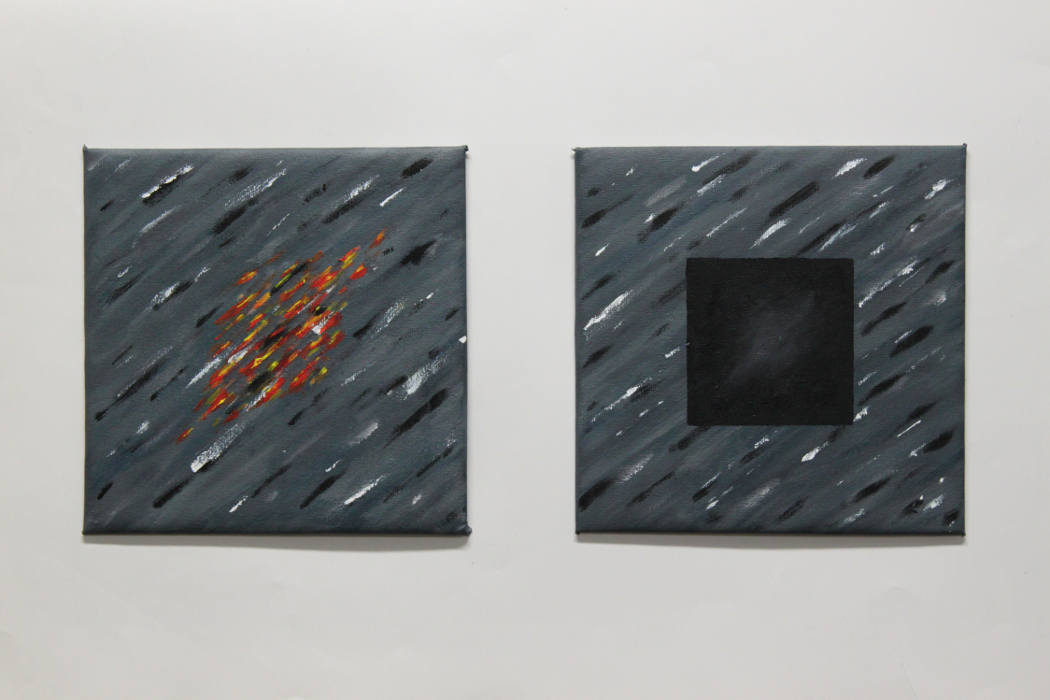 Some readers may remember the first draft from November 2012: 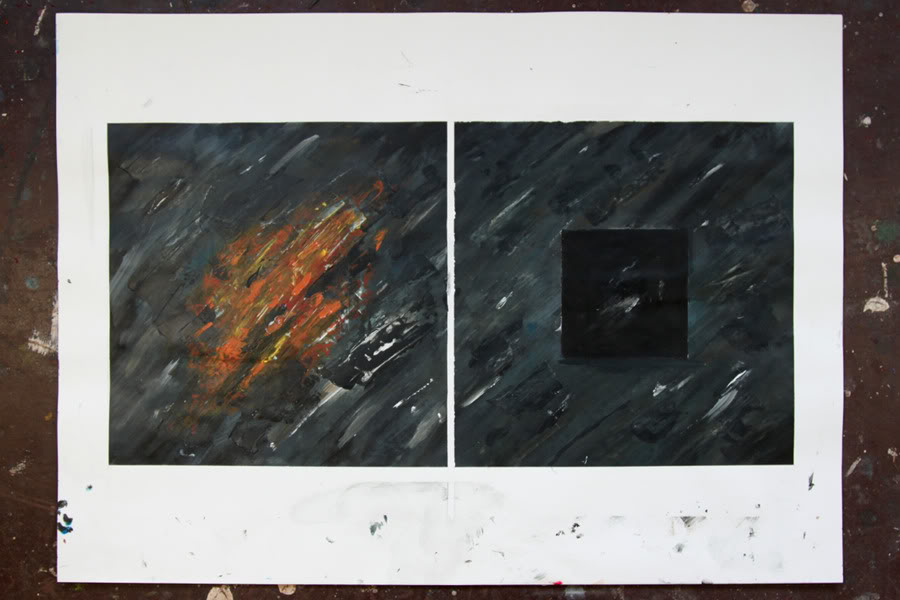 The most recent canvasses are very small, only 20x20cm, and as such this version is smaller than the first draft.

The look has been modified to become a little less "messy", or more "streamlined"/"elegant". White and black brush strokes has been made more visible as well. Also, the relative size of the black box to the canvas is a little bigger, while the relative size of the orange "whatchamacallit" has been reduced. Last, the spacing between the two panels has been increased. These changes are all part of the process of finding the exact right expression.