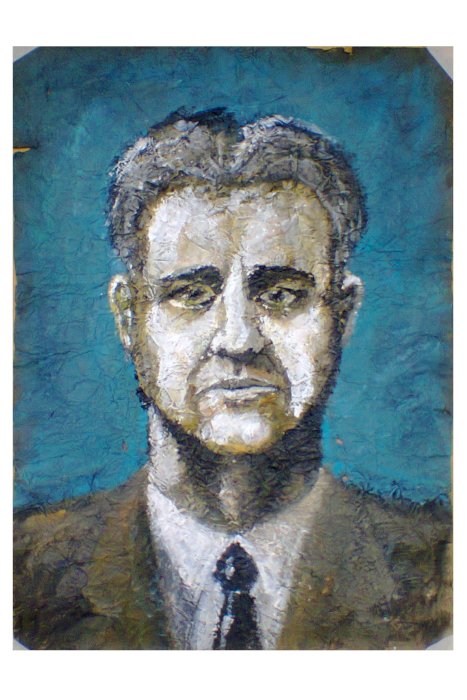 I still expect to do a few states more before I'm satisfied. Read on for process photos and information ...

This is intended to develop into a portrait of Hans Christian Kofoed, the founder of Kofoeds Skole.

The painting process started in 2018. Below some process photos. As this was started as an experiment with painting methods more than as a portrait many of these have really bad similarity to the reference photo.

For each state focus is on a few selected elements and everything else is ignored. Next state will then focus on something else, and so it continues. It is interesting to note that even as the major part of the picture is unchanged from state to state the general expression may still change fundamentally. 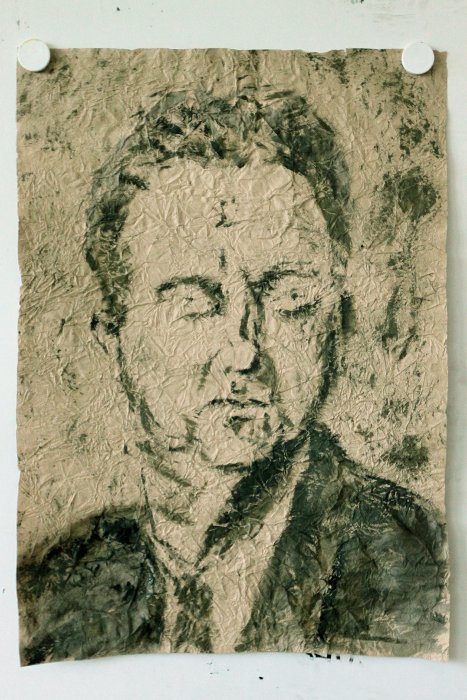 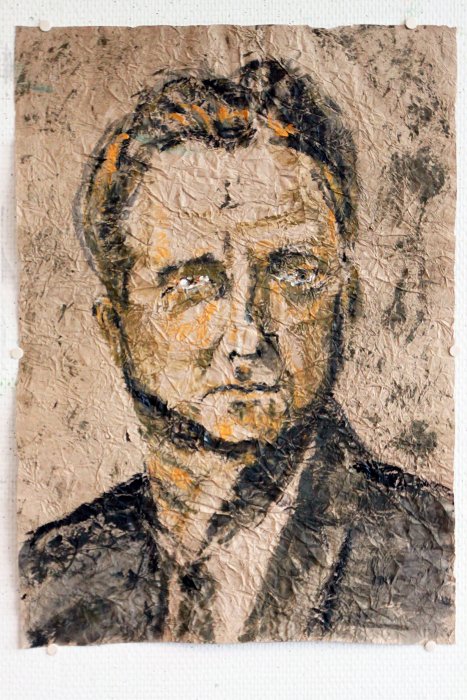 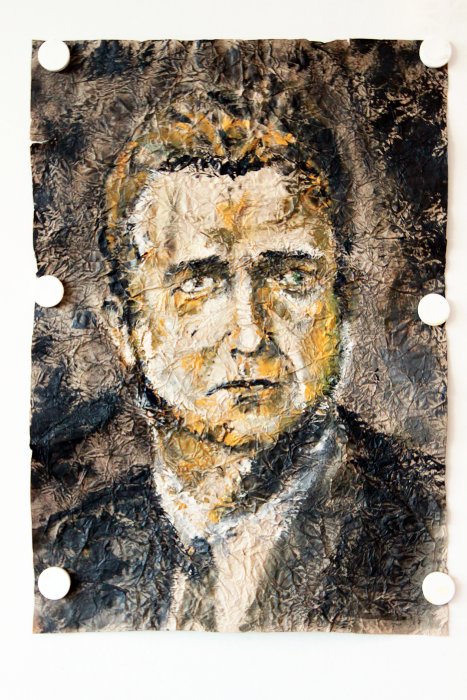 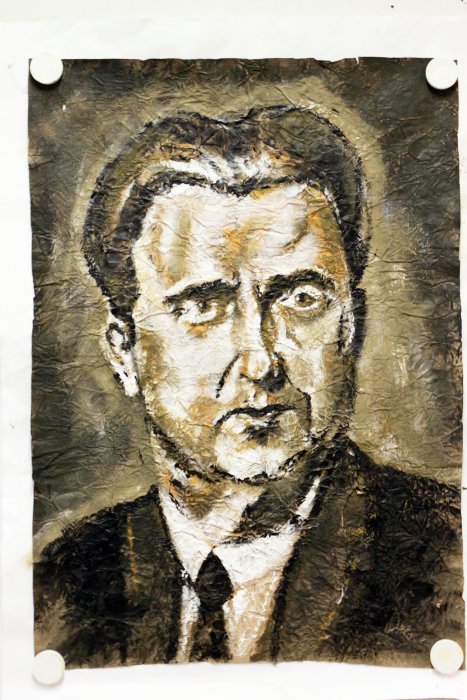 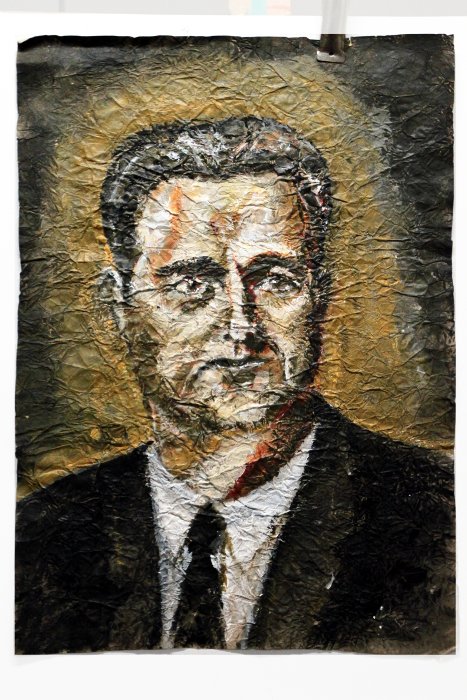 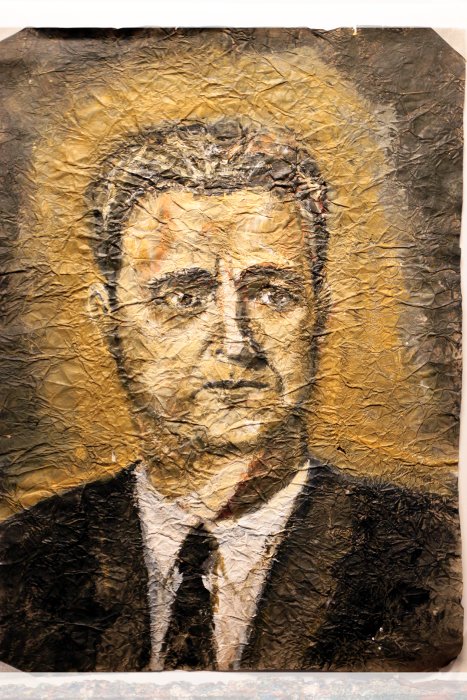 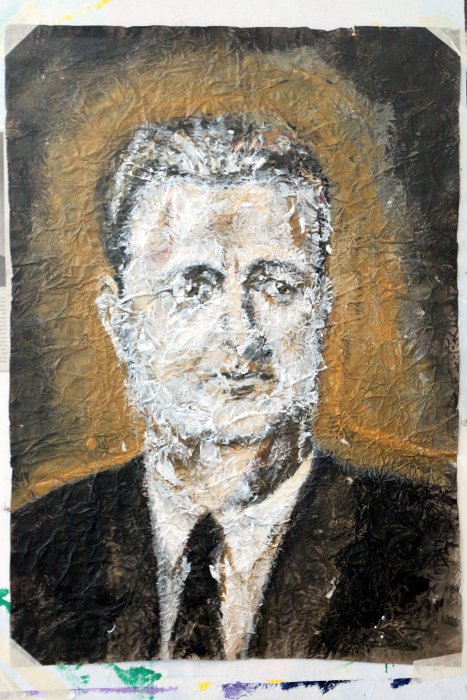 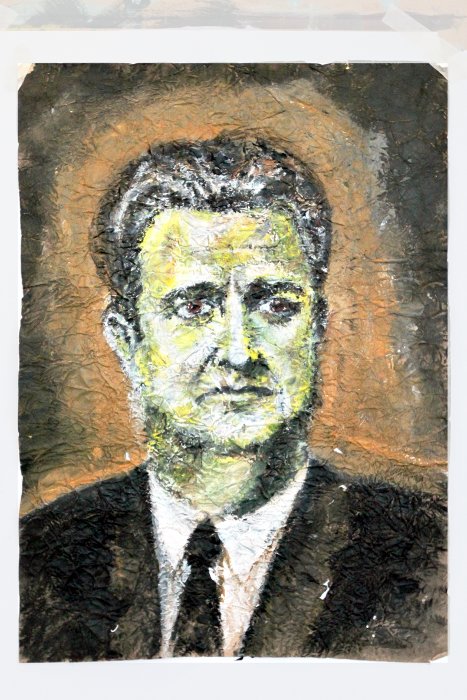 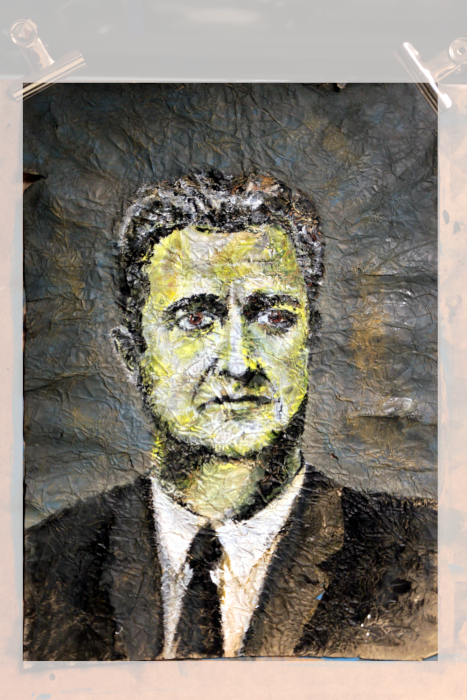 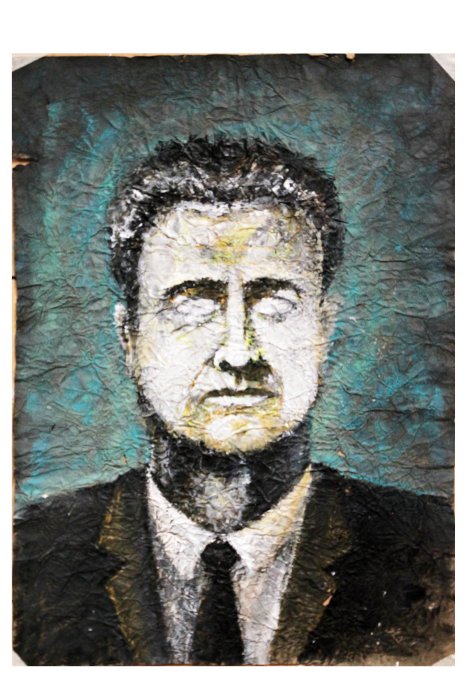 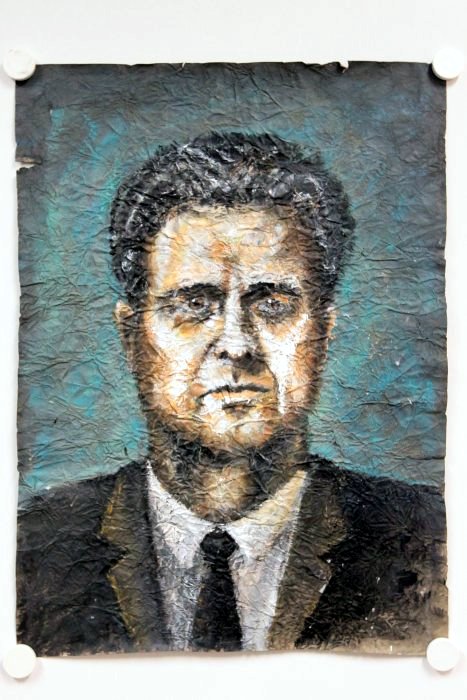 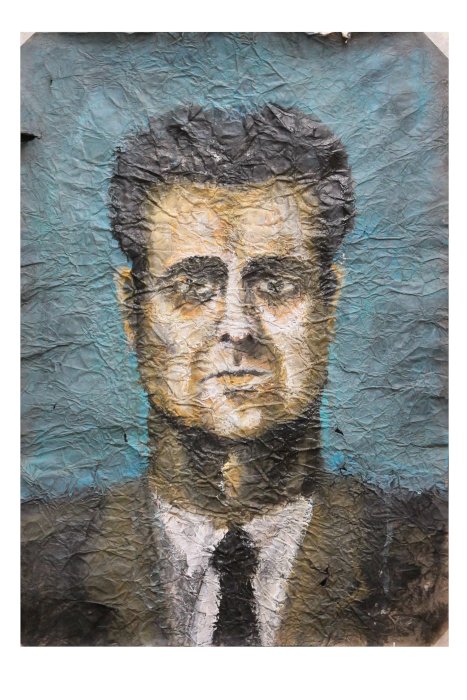 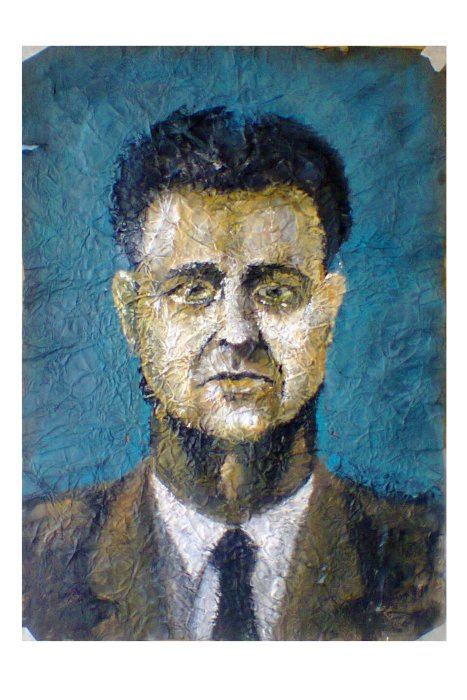 State zero was a (very) quickly done watercolour sketch which washed away entirely during the initial manipulation of the paper (a process which involves plenty of water).

As my subject is no longer alive I had to base my portrait on a photo. For reference I used a bad quality reproduction of an official photo sourced from a local newspaper. 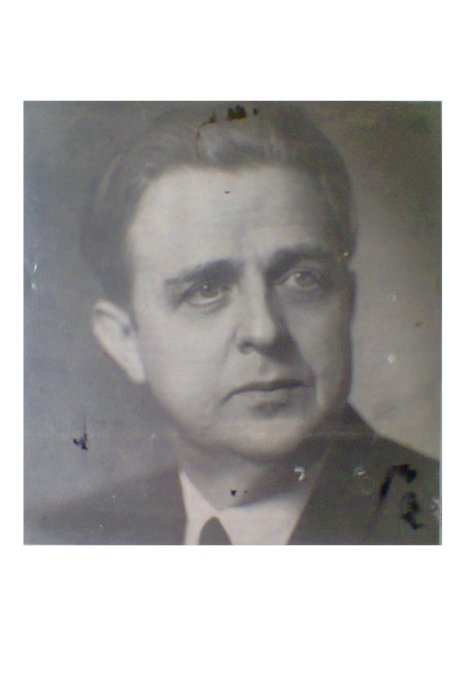 Relative to the reference photo I have changed the orientation of the head as well as the orientation of the upper body. Of course this means that I have to guess what my subjects features would look like from the angle I intend to paint him. Also, I have to invent/imagine those parts of my subjects features that are not visible on the photo. These are two separate -- and not exactly simple -- tasks.

Some time later in the process I found these two extra images of a somewhat younger H. C. Kofoed: 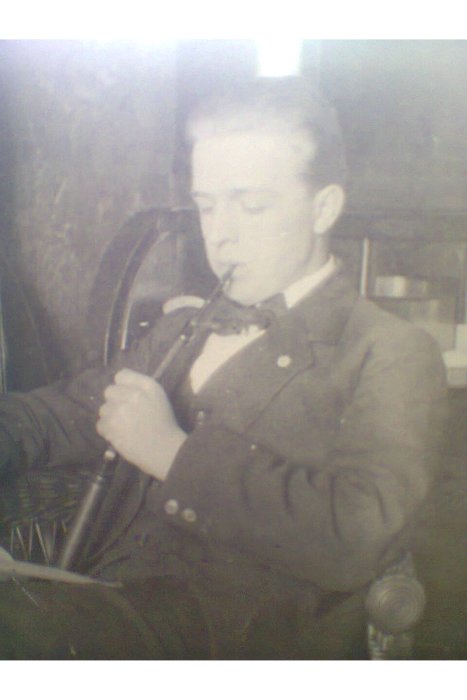 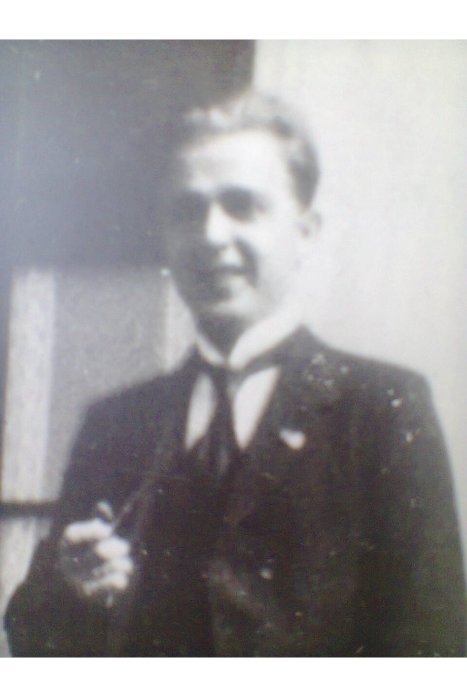