Here, 26 years later I have sliced up six small photos, and interwoven them: 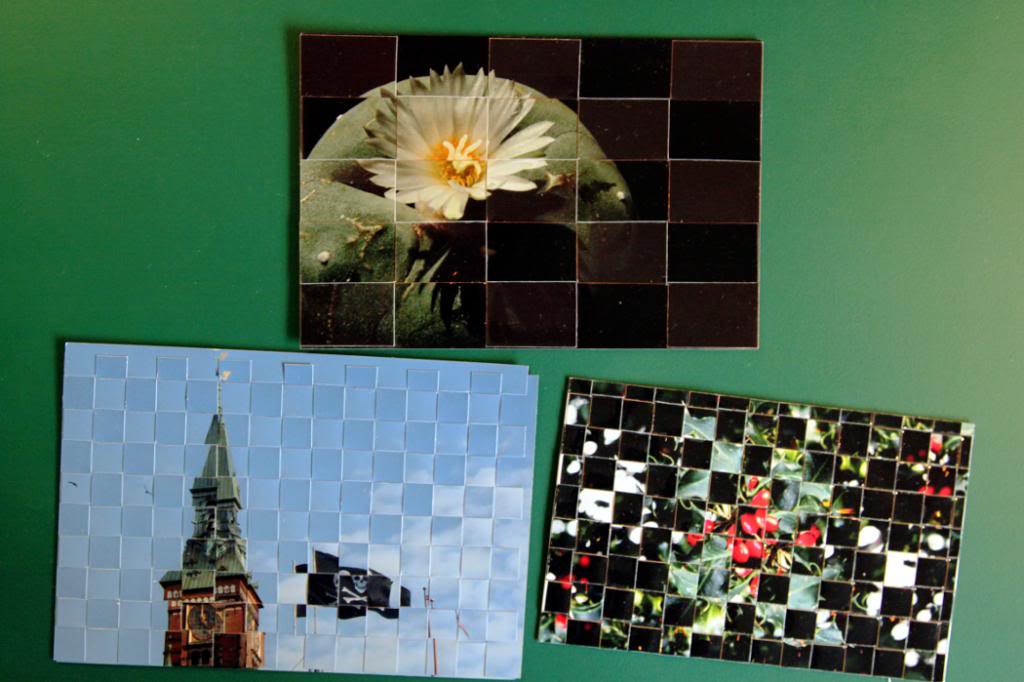 On-going for the past 26 years so far, I started this evolving (or "developing", as it is) piece up sometime in 1987. 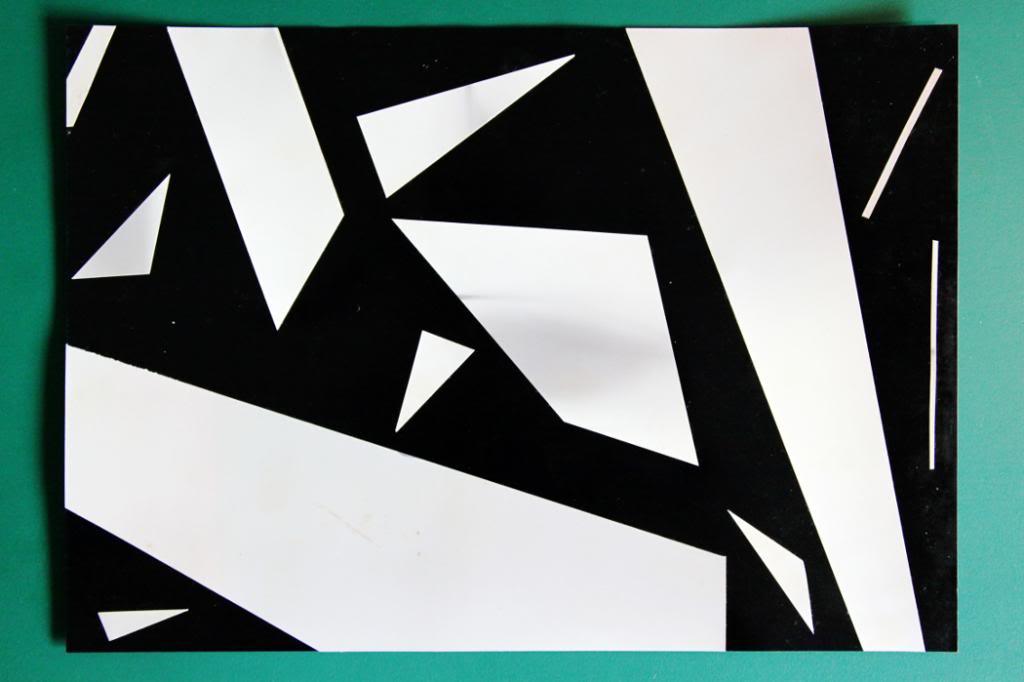 Two pieces of photograpcic paper with different exposure, glued onto each other. One is already fully developed, hence black. The other is slowly turning black. 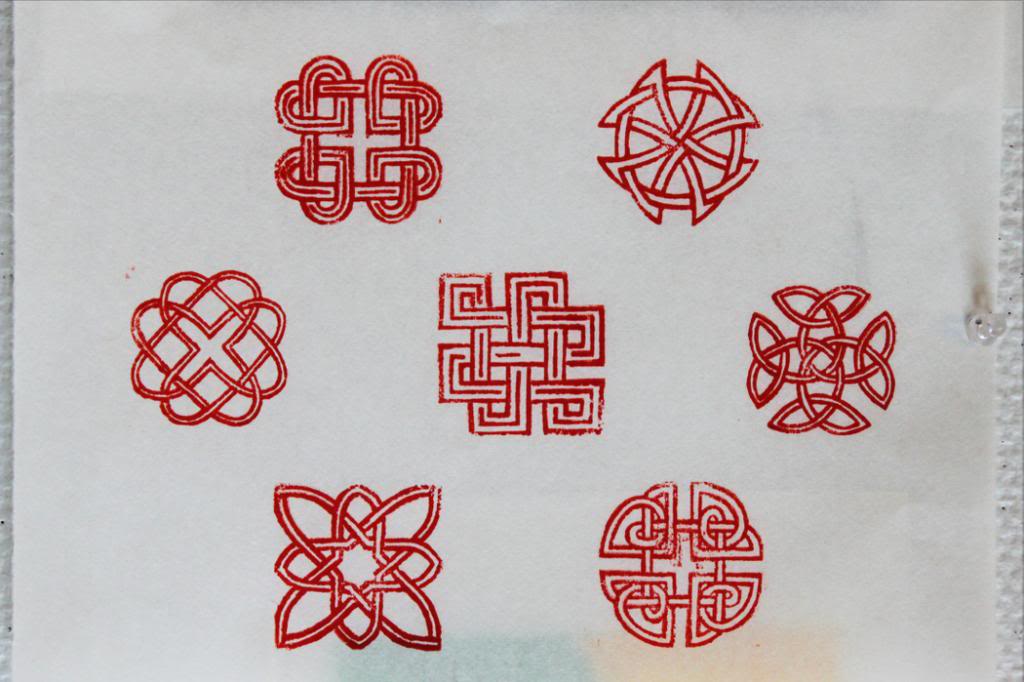 As for the origin(s)/inspiration; one is Tibetan, one is Arab-inspired, the rest just inspired. 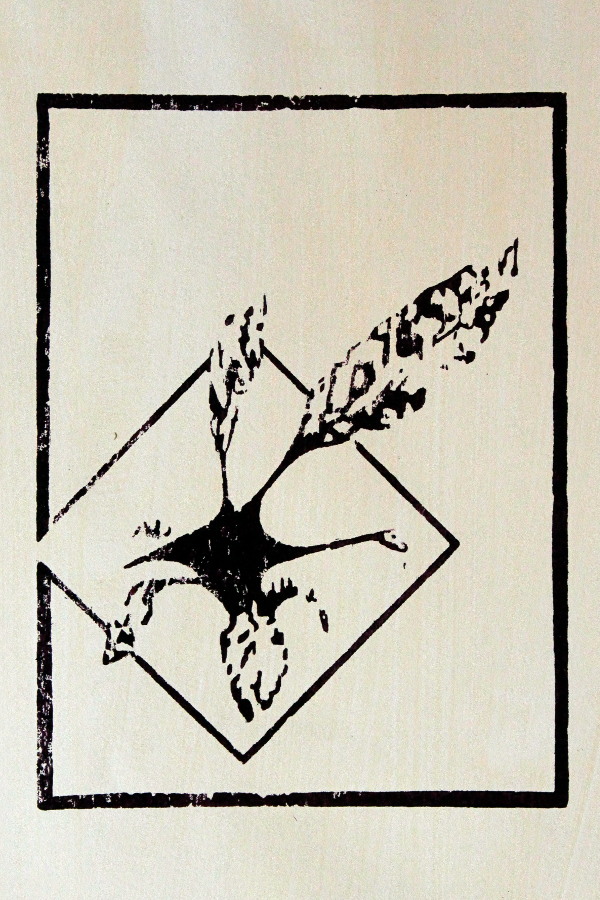 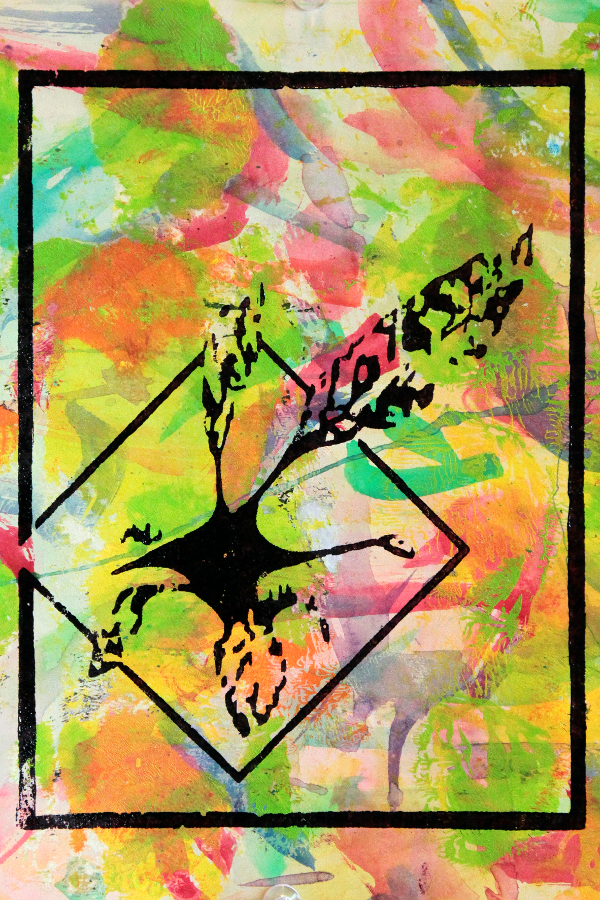 One is metallic, one is watercolour - the latter background made way back in 1984. Read on for photos of the previous versions.

Click image for large size, or read on to see the previous version.

(This note in Danish)