Mixed Media / drawing: Yet another motif from archaeology. Some readers may recognize it 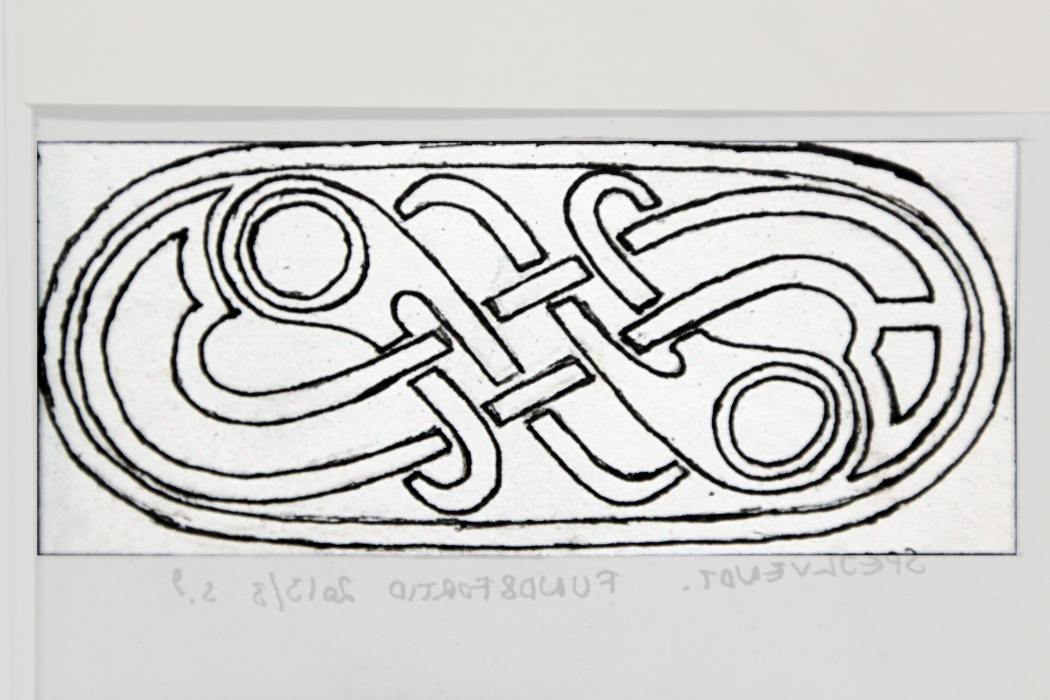 As noted in an earlier post, interlaced patterns with stylized versions of the two ravens were very fashionable/popular from circa 400-1,000CE and some centuries onward. Read on for more examples.... 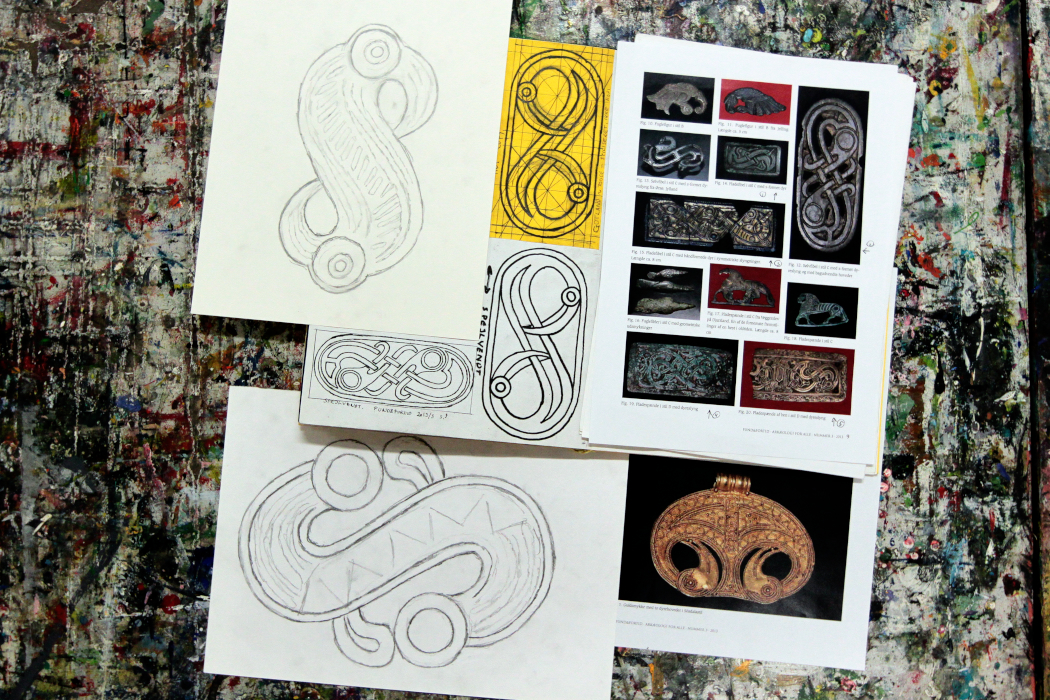 The archaeological record holds plenty of different versions of this motif. In Scandiavia it seems this motif may perhaps have been the single most popular ornament type around 4-1,000CE - a period spanning roughly 5-600 years (!)

From what I've seen sofar it seems the most common orientation is the "S" shape. The "mirrored S", or "Z-shape" appears to be less common.

Not all of these ornaments were S-shaped though: 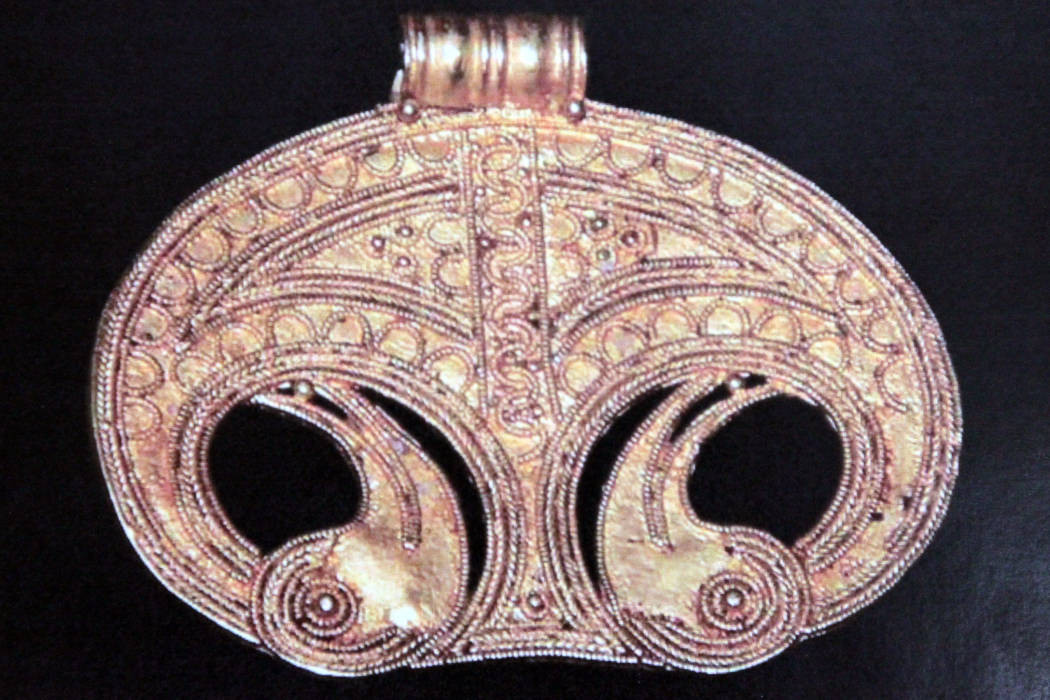 Below, a page from a Danish detectorist magazine, featuring no less than five (possibly six) different variations of s-shaped intertwined ravens (see arrows): 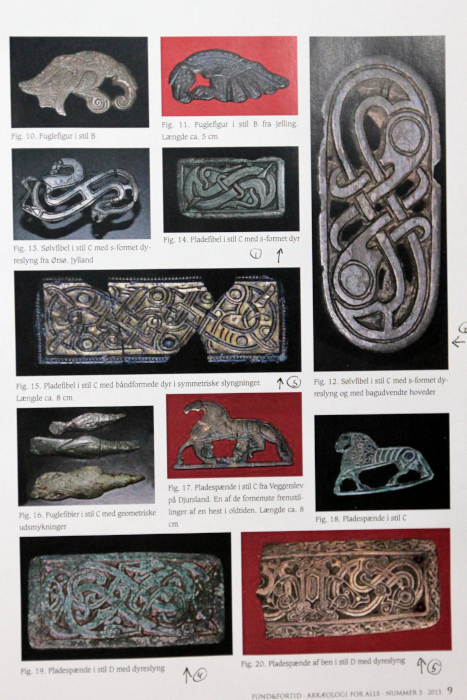 The one marked "3" (horisontal, middle-of-page) seems to be two such motifs intertwined, making the number of raven heads 4. The one that is pictured as number two from the top in the left side could be an unusual double-raven design but it seems more like an "orm" or "wyrm", which means snake/dragon. But it is so damaged that I can not tell for sure from the photo, I would need direct access.

From my research it seems that the most common type seems to feature two heads, and following that; four. All other numbers seem to be rare, especially odd numbers.

Note: Unfortunately the detectorist magazine ("Fund&Fortid") that provided the photos above did not state any sources, dates, measurements, or descriptions for the individual images. The textual context gives the impression that these are all finds from Denmark, but I'm not sure I can interpret the text this way; some may be from other parts of Scandinavia.