Graphics/linoleum: The three reels of a slot machine. With a twist, of course. 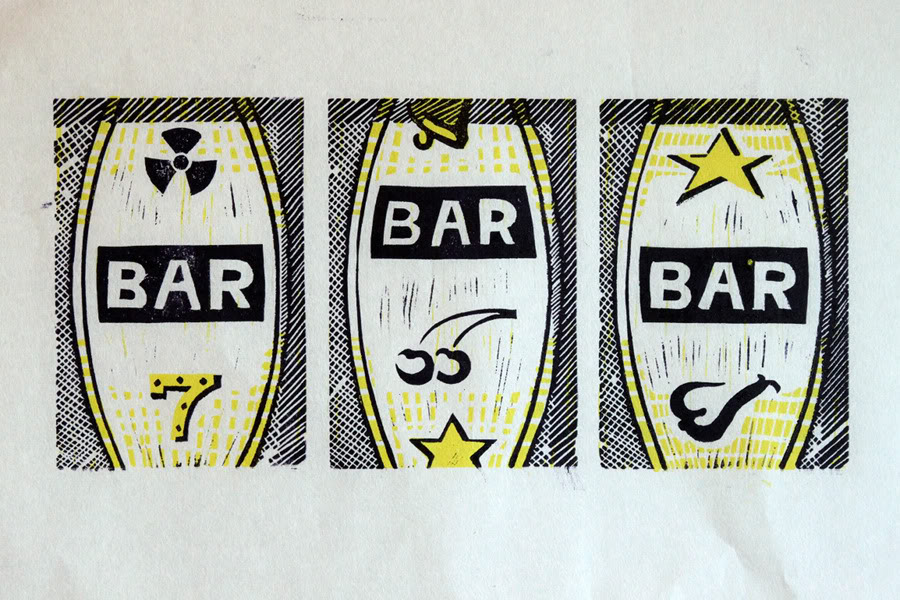 Read on for process photos, and comments.

This print is a triptych, meaning that the print consists of three separate parts. Well, as it's intended to be in two colours, actually six parts are needed for the print process.

The first photo was taken during the design phase: 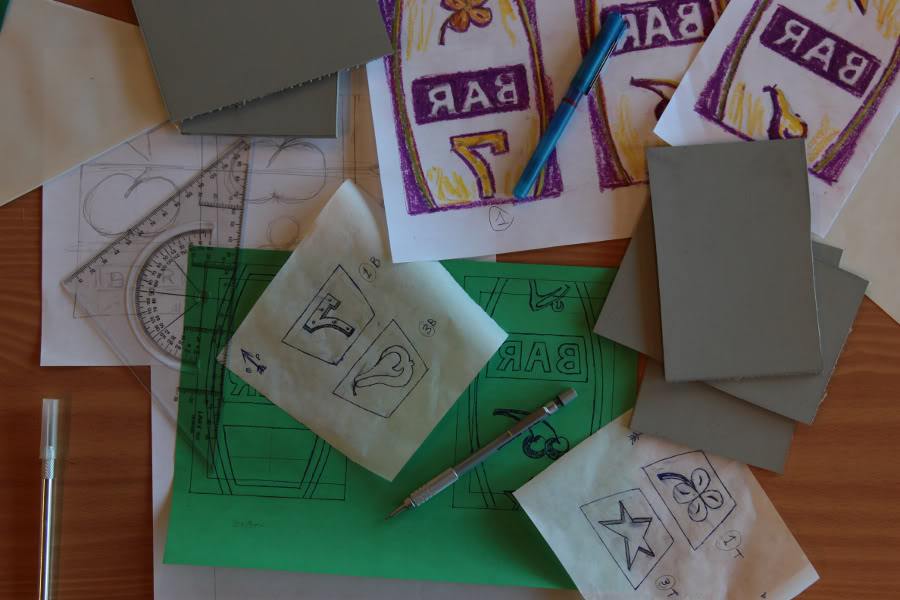 Obviously, with six parts that must fit together on a two-by-two basis some geometry was involved. And quite some amount of sketching work, using pencil, compass, triangle, as well as several miniature stencils. Also, the lino boards had to be cut exactly to the same dimensions.

Each lino board measures only 10x13 cm, which puts hard requirements on accuracy and detail. The finished print is intended to fit on a paper sheet no larger than DIN A3. 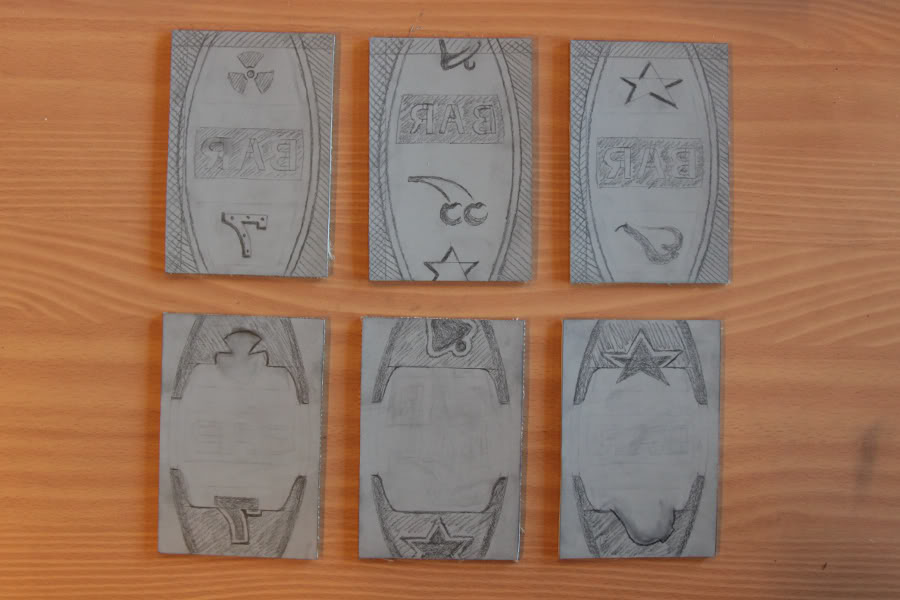 The photo above shows the trimmed boards, all exactly equal in size. At this stage, all that needs to be cut has been marked on each lino board with a pencil. Because of the level of accuracy needed, getting to this stage alone took somewhat in the region of 20-25 hours. That eqals around 3-4 hours per board.

The four-leaf clover from photo 1 has now been replaced by the international symbol for radioactivity (top left). To be precise, it's the symbol of radiation hazard. It's been turned upside-down for graphical reasons.

You don't usually find this symbol on slot machine reels, but then I told you this one had a twist. It's all about modern day "consumer-society" and abundant greed being the implicit connection between money, desire, hope, and radiation. 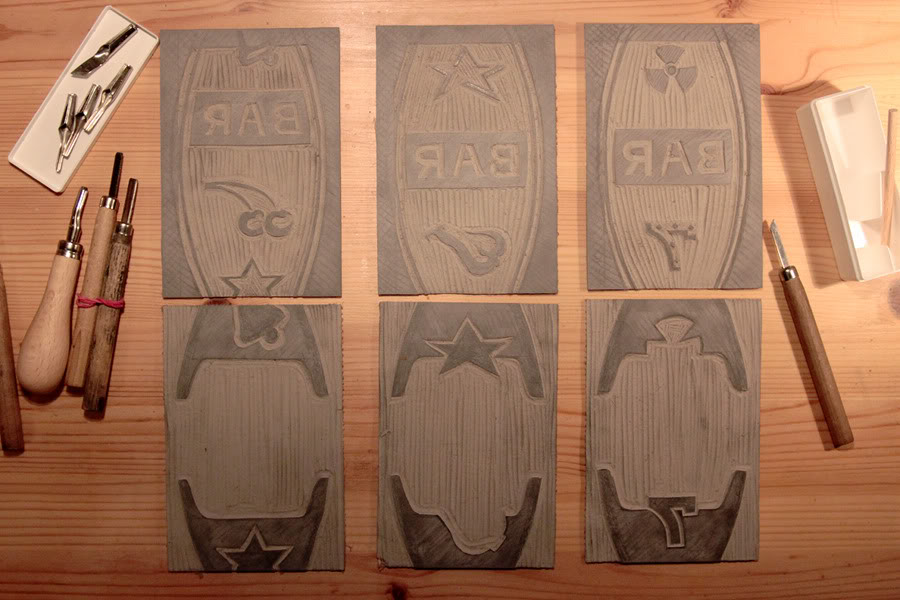 Above you see the boards after the first "rough" cut. Getting to this stage from photo 2 took only some 4-5 hours or so. You may think that that is a long time but actually it's less than 1 hour per board. Great care has to be taken, as this linoleum is soft, and knives are sharp - so there is a danger that the knife will slip. And, the slightest cut outside the desired area will be very visible on the finished print. 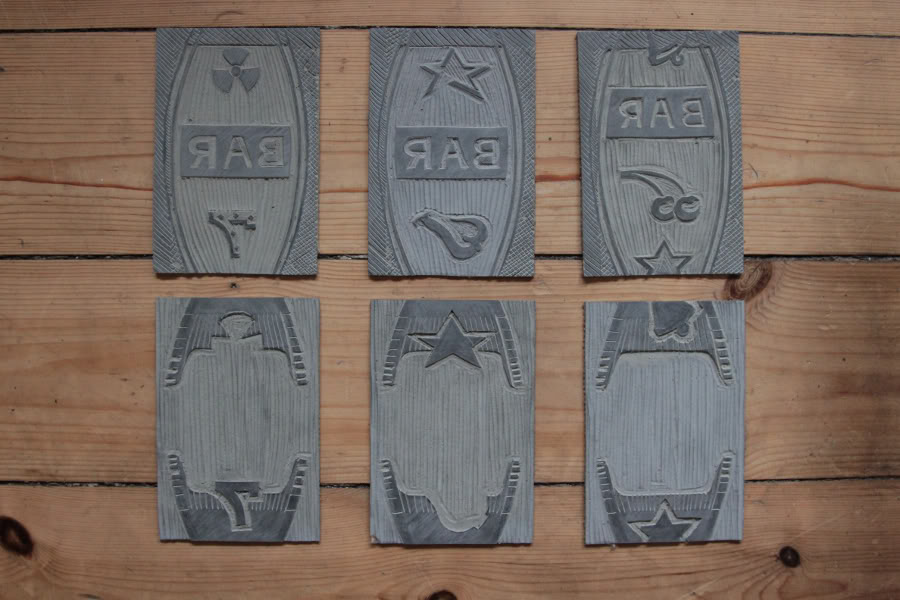 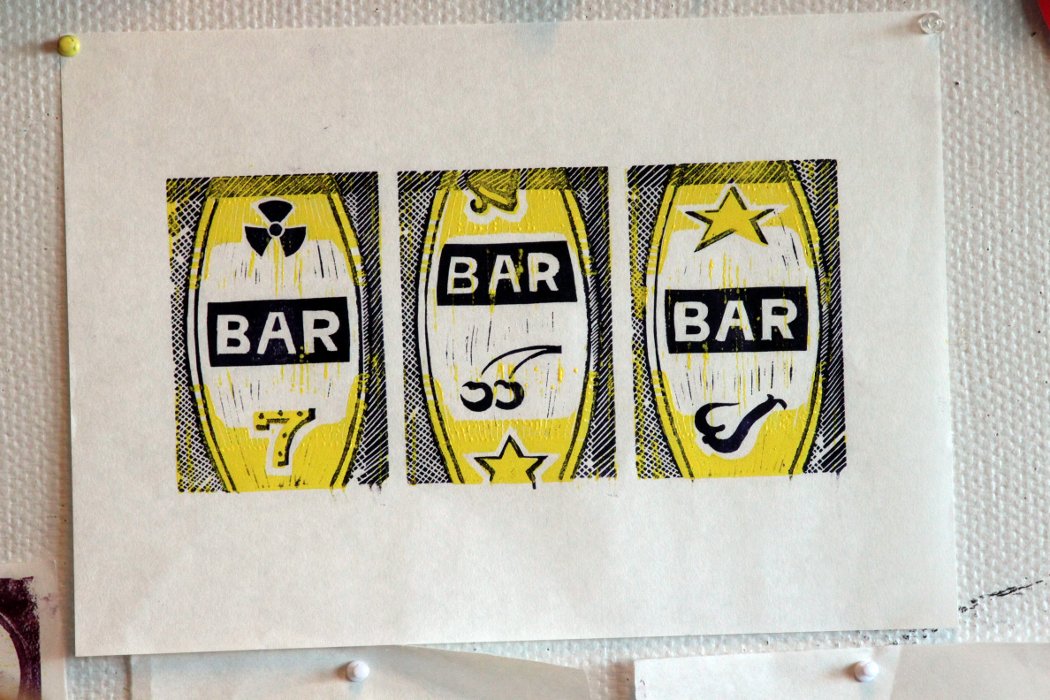 Photo 4: The blocks / boards and the finished print

This is a great article, love to see the blocks! I ran across your blog, I am just a beginner print maker. I look forward to seeing what more you have!