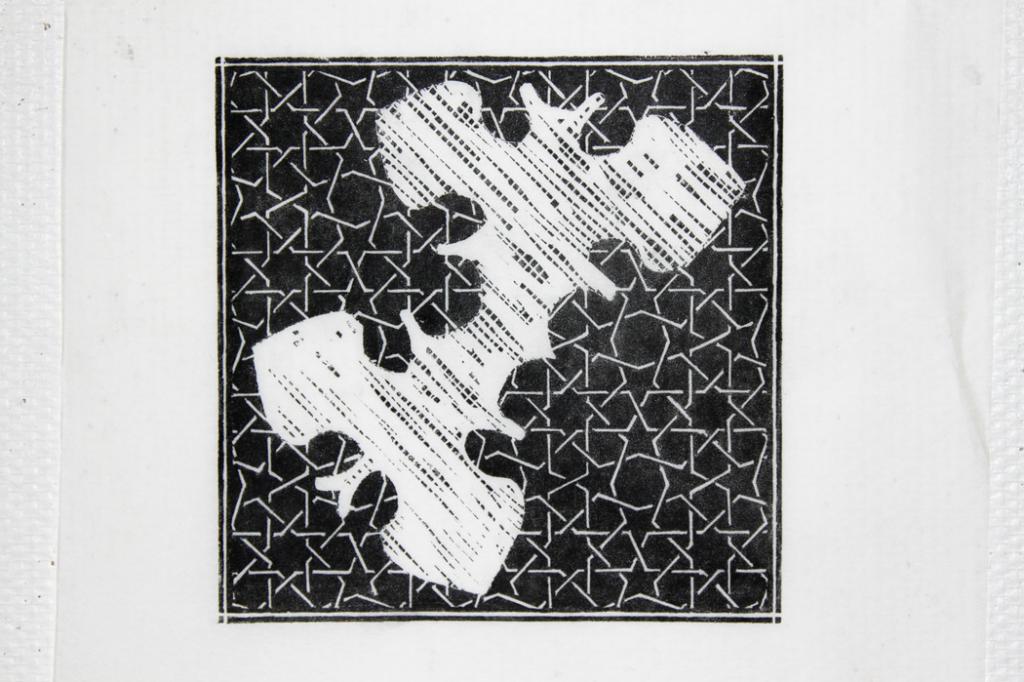 This is a multi-symmetrical non-figurative figure over a pattern known as a Girih ("knot")... This particular pattern is a traditional ("original middle-eastern") one, and this style of geometrical pattern interlacing is closely related to the Endless Knots from various parts of the world, that I have worked with before, as well as the Star Tiles that I made in 2012.

This type of pattern is often described as "Islamic", but although frequently used in religiuos settings they are more traditional than religious, and the use of this kind of repeating patterns appear to pre-date Islam.

The non figurative figure is multi-symmetrical, for lack of a better word. It was constructed as a papercut, cut out using multiple (4 or 5, I think) non-symmetrical symmetry axis', not all of them sharing an intersection point. It is placed center and stabilized further by the diagonal lines in the cut-away.

This is not to be seen as a mid-eastern, or an "Islamic" work. The pattern alone is traditional, but the overlay is highly unconventional (and unique too), and would probably not be found anywhere that the underlying pattern would be found. In traditional/"Islamic" decoration the pattern alone conveys the full message, and no further imagery is needed.