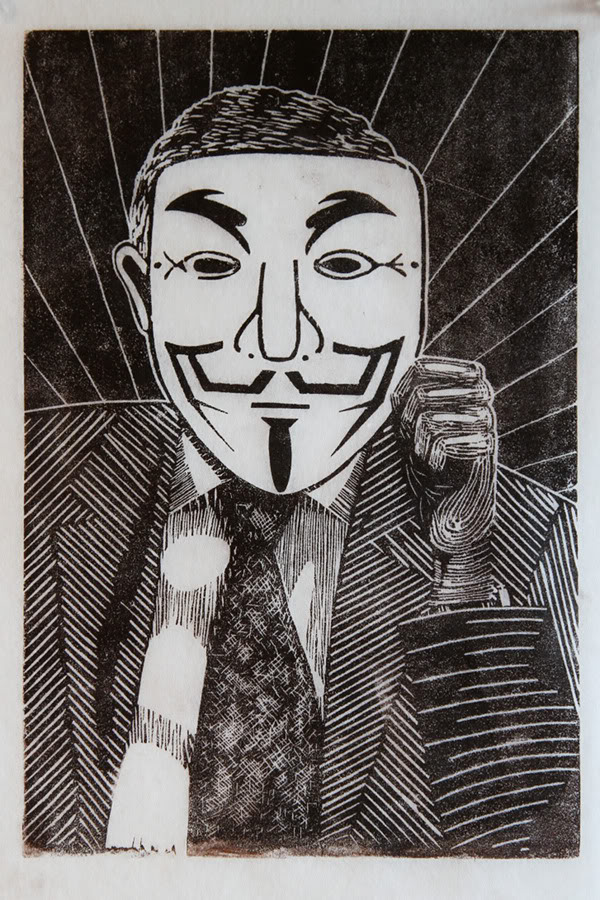 The colour is very dark umber, not black - read on for the story...

The print shows a person wearing a suit and tie, holding an "Anonymous" -- or "Guy Fawkes" -- mask in front of his/her face.

The inspiration for the print was a photo that circulated widely on the internet this spring. I later managed to find the name of the photographer, Alik Keplicz.

The photo, below left, shows opposition members of the Polish parliament protesting against the Polish government decision to sign the so-called ACTA, or Anti-Counterfeiting Trade Agreement. Protests were widespread in many nations, and ultimately the EU parliament voted against the agreement. This was the story behind the photo, but it's not the story behind the print. 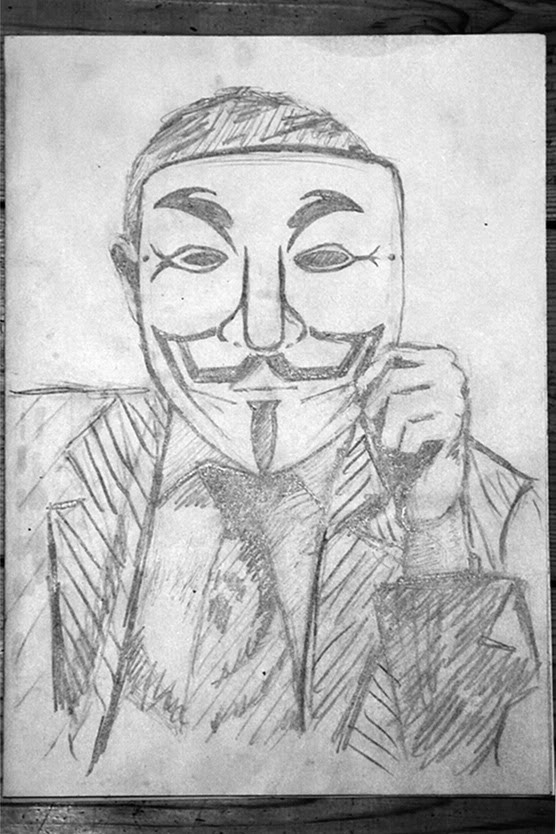 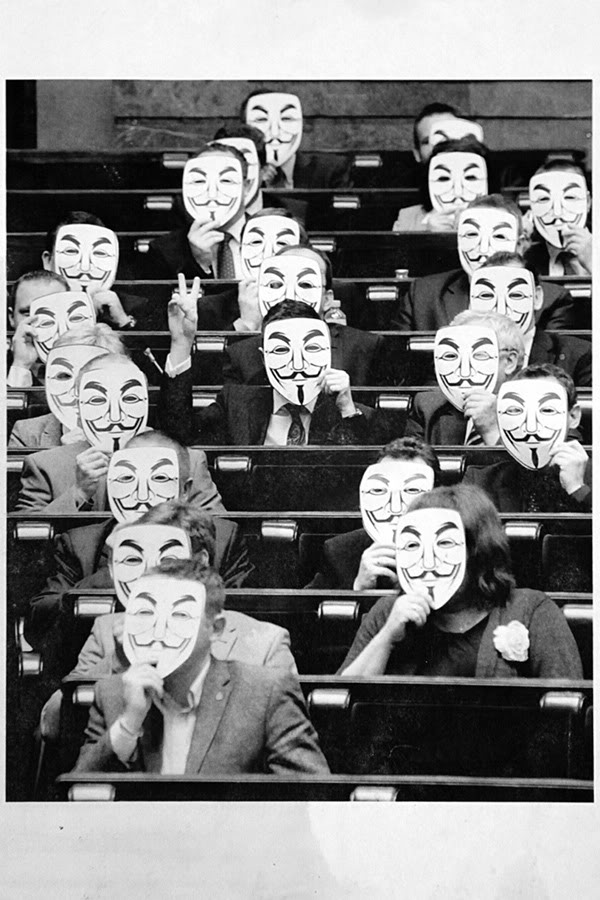 Basically, the thing that was interesting to me was the contrast between the very formal attire (suit and tie), and the mask which has come to be a symbol of all kinds of anti-authoritarian sentiments. Both the mask and the suit-and-tie can be seen as methaphors, or "uniforms", representing two very separate worlds. That the photo context is that of a parliament member wearing a mask symbolizing someone that once tried to blow up a parliament further illuminates that point.

That particular visual contrast is what motivated me to do this print, not the ACTA thing. So, although the print is inspired by the photo, it does not tell the same story.