On knots and shields... 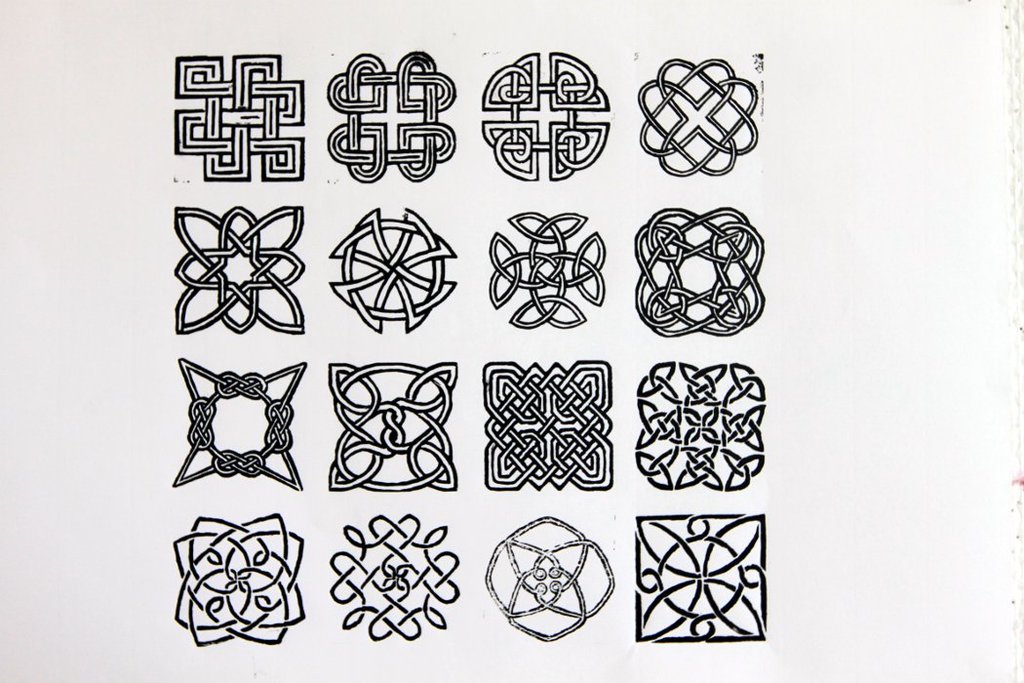 Knots with double symmetry in four identical sections are allegedly known as "Shield Knots". Not because some (eg.) "vikings" or "celts" once wore them on their shields in battle, but because they are/were believed to be amulets/talismans for protection, or good-luck charms. Another name is "lucky knot" or "knot of luck".

I have read the "usage on shields" theory somewhere on the internet, but I do not believe it. The theory is likely in the sense that it is not unlikely, but that goes for most things we may imagine, if not all. It could be that such a pattern did decorate at least one shield in the Bronze Age, but we have no firm knowledge ("evidence") if this was indeed the case -- and we have no method to obtain such knowledge.

Of course the "vikings" and "celts" had shields as archaeology has shown, and those shields could have been painted. AFAIK, there is no evidence that shields in general were painted with this specific type of pattern, or any other specific image for that matter. Bronze Age shields were not made of bronze, but wood. Wood dissolves naturally in soil. We just don't know what kind of decoration was common on wooden objects a millenium ago, if any.

However, we do know that the use of interlocking patterns ("knots") was never limited to so-called "vikings" or "celts" - this limitation is far too narrow, both in terms of geography/culture and in terms of timing. Knot #1 for example, is of Tibetan origin (still used as a symbol in Buddhism ), and interlocking patterns are known from China as well. The Middle East in particular has a rich tradition of using such patterns, and they did not stop in the Bronze Age; the tradition continues to this day. Actually, knot #5 is inspired by the Arab interlaced patterns.

From left to right, top-down:


All 16 knots above are designed in such a way that there is only one self-interlocking line. If you follow the line from any position on the pattern, you will eventually end up in the same spot. Shield Knots need not conform to this requirement: for a knot to be considered a shield knot, apparently the only requirements are two-fold symmetry in four identical sections. A shield knot may well have two or more intertwined threads.

clsc.dk : Graphics · On knots and shields...