Two miniature linoleum prints, technically difficult to cut. Each board measures only 5x5cm, so most lines are 1 mm thick, or less. 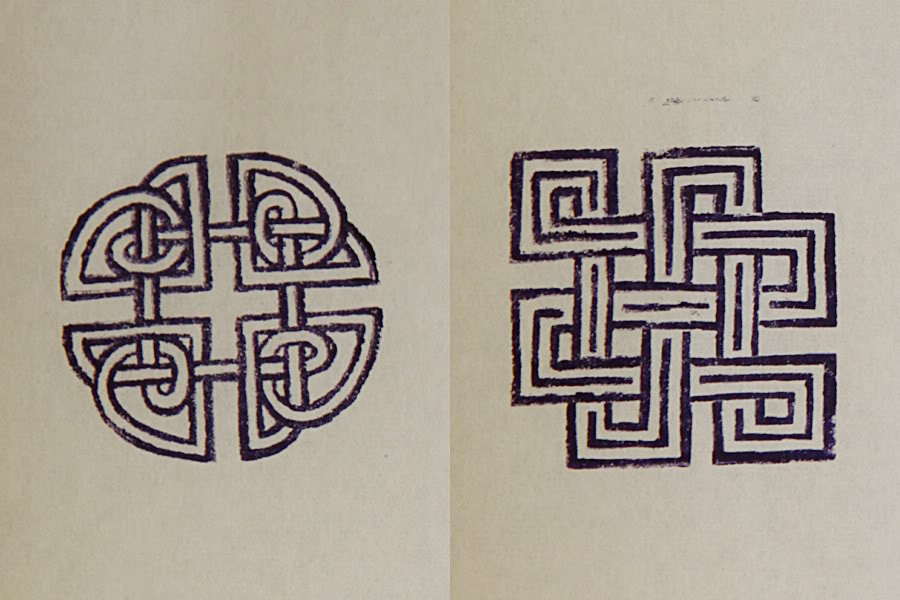 While I'm responsible for the cutting and printing I can't take credit for the designs as they are apparently more than 1000 years old.

Read on for more prints (patterns with these two), and the story.

As far as I've been able to figure the left pattern seems to be Celtic, and the right knot (the square/angular one) is used by Tibetan buddhists. 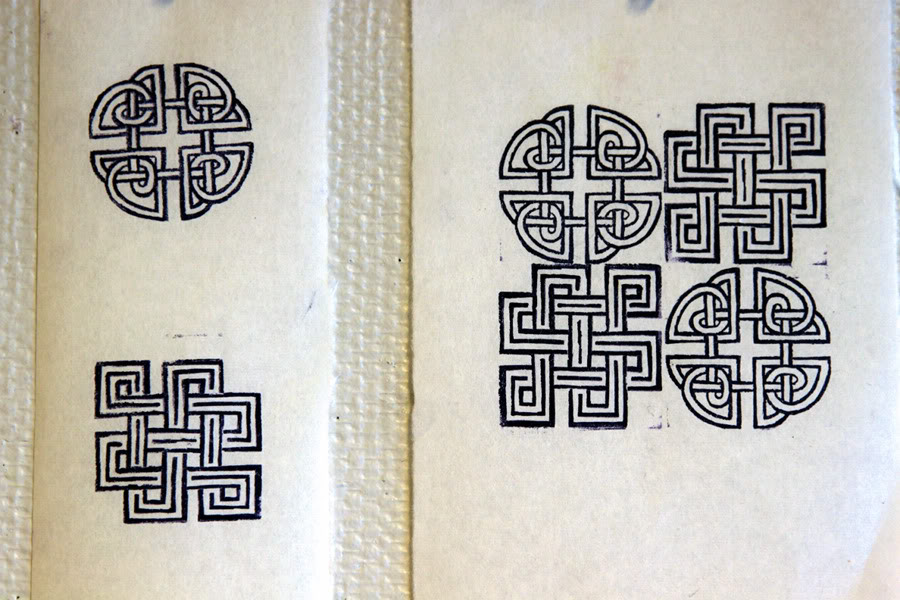 The square knot is of Tibetan origin, as far as I know. It looks a lot like some Celtic knots, so this design may have been influenced by the Celts, or the other way round. Or, all of them may have been inspired by something else altogether. I can't tell, because I don't know.

It is part of the collection of symbols called the Ashtamangala, or "Eight Auspicious Signs". In buddhism it has more than one specific meaning, and it has other interpretations as well. 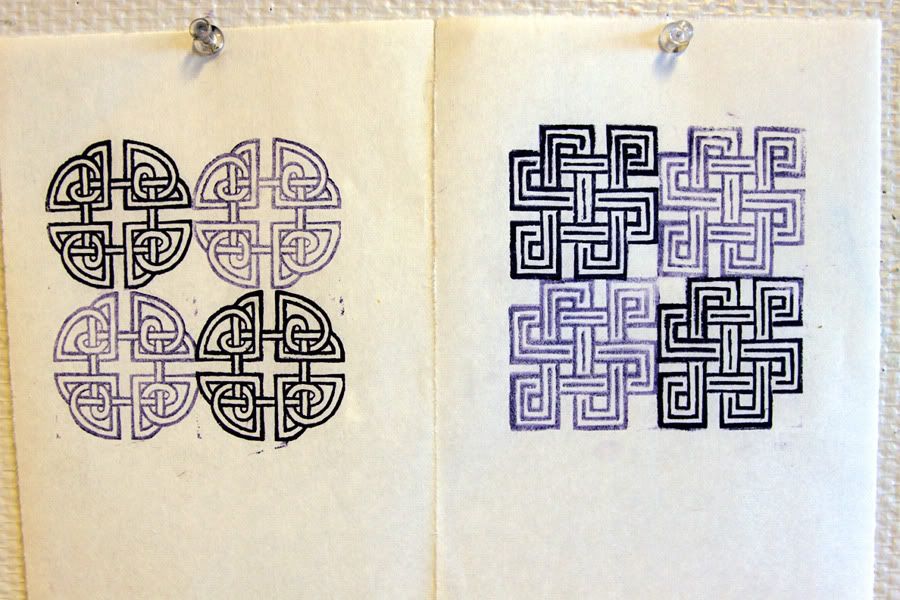 On the photo above, both knots are printed in a two-by-two square. The top right print and the bottom left print is a "ghost print" using only the colour that is left on the lino board after the first print. Ie. in the top row, first the left print was made, then the right print, but without adding new colour to the lino board first.

As a result the "ghost prints" are more pale than the other two prints. This was done on purpose.