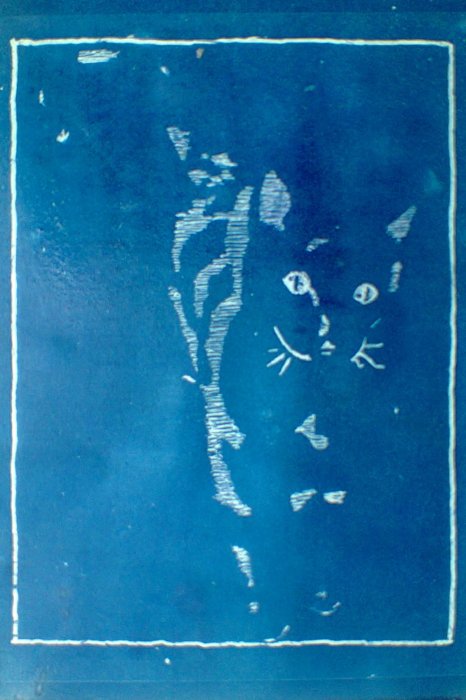 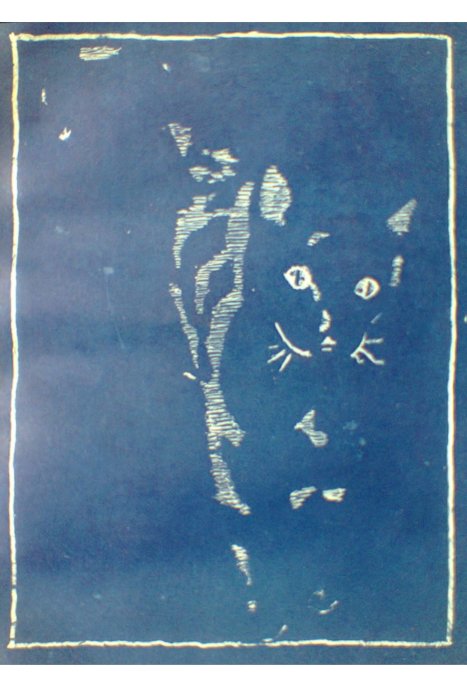 This is a Cyanoprint version of the woodcut Wood Cat (2014) with some experimental features.

The experimental features were two: First, leaving the background dark and second (for first print only:) a rather aggressive final wash of the last remains of the photo sensitive solution. Also, the first print (=series 1) was mirrored. 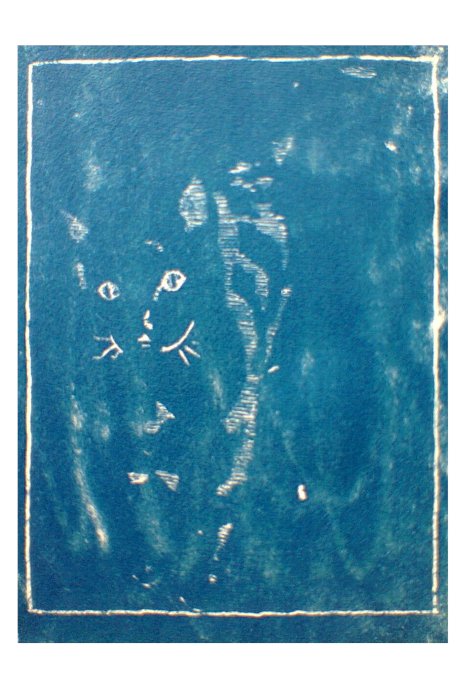 The second part of the experiment was a rather aggressive wash. After the exposure a cyanoprint must be washed to remove excess remains of the photo sensitive solution. I did so in a water bath, and the result was a very regular and even blue background surface (as expected).

After I had done so in the regular fashion I applied a very hard ray from a water hose to the print. This ray was so hard as to partially remove some of the colouring, and hence it provoked gradients and patterns to the background, which was not there before.

This is most clearly seen in the "u" shaped formations bottom right, as well as the very light stripe to the left of the cat.

Hard washing has to be applied with some caution as you will easily pass a "tipping point" after which you will be ruining your print rather than adding to it.